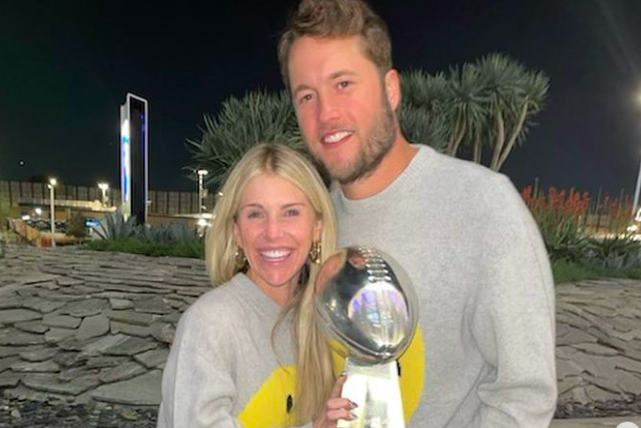 Following the Los Angeles Rams’ victory over the Cincinnati Bengals on Sunday, Matthew Stafford’s future has been a topic of debate in numerous NFL circles.

To elaborate, many are questioning whether or not the Rams quarterback will be Hall of Fame-bound. The 34-year-old is just shy of 50,000 passing yards as of now, but if his career continues (which it likely will) he could easily retire with 75,000 passing yards, including 400 touchdown passes. While these credentials are impressive, some feel as though this doesn’t justify a place in the NFL Hall of Flame. In fact, the Tampa Bay Buccaneers’ Richard Sherman has been outspoken about his disdain for Stafford having a possible place in the Hall.

“I’m gonna talk about it on the podcast but the HOF bar is incredibly low now,” Sherman wrote on Twitter. As he continued, the cornerback pointed out that Stafford has not been considered ‘the best’ at any point in his career.

He shared, “Like a participation trophy. No all-decade team. No All pro. No MVP. 1 Pro bowl. Not even MVP of the SB. Never considered the best in any year he played.”

In addition, Sherman pointed out that having a career that spans into double digits can inflate stats. “There is no measuring stick that makes Stafford a Hall of Famer other than playing in the most passer happy decade in NFL history,” the cornerback added. “Inflated numbers make every QB that starts 10+ years a ‘hof.'”

Among the people quick to defend the Los Angeles Rams quarterback, his wife Kelly was one of the most prevalent. On Tuesday, Feb. 15. Kelly shared her thoughts on the matter. “Can y’all just let him enjoy this?!” she wrote on an Instagram story.

“We shouldn’t be talking about the HOF because he isn’t done playing this game,” Kelly continued. Concluding her defense, she wrote, “If you don’t believe he is a HOFer…I can’t wait for him to prove you wrong in his remaining years…just like he did IN ONE YEAR to everyone who said all the things listed above. So let’s table this talk until he actually retires? Thank you.”