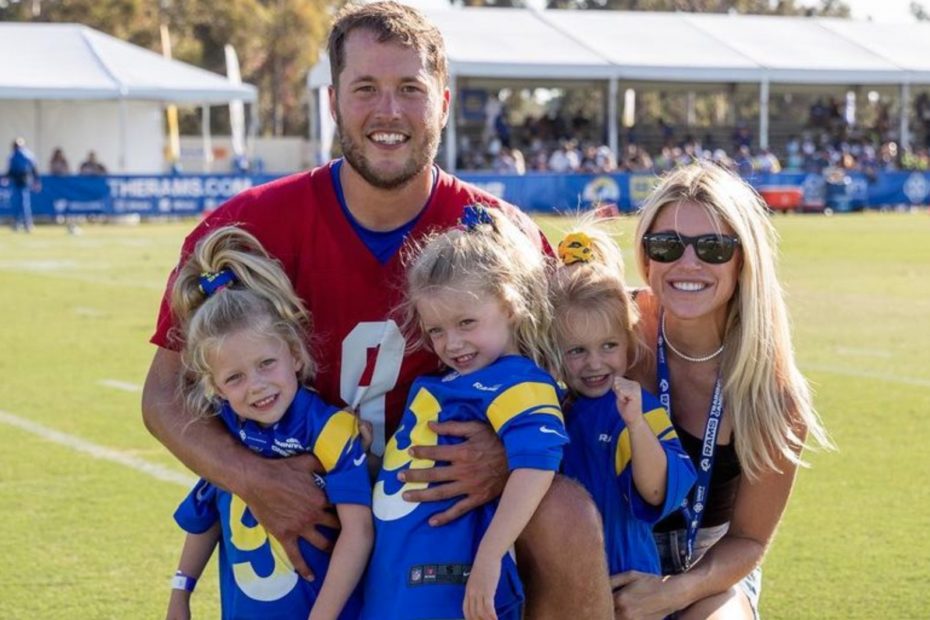 Life After Matthew Stafford, Kelly Stafford Welcomed Their Fourth Daughter Into the World

On June 26, the quarterback for the Detroit Lion Matthew Stafford, and his wife, Kelly, welcomed the fourth and final member of their family into the world. Since the beginning of this pregnancy, the Staffords have kept the gender of their fourth child a secret even from themselves.

However, even after welcoming their youngest child into their family, Matt and Kelly kept the first photos of their baby and much of the information about him or her private for the first few days. Then on July 4, the couple shared a heartwarming video that revealed the labor and delivery process, their three daughters meeting their youngest sibling, and so much more.

On June 26, 2020, their fourth daughter, who they named Tyler Hall Stafford, was born at 9:11 in the morning via a Caesarean section. She weighed 6 pounds, 7 ounces.

Hall is Kelly’s maiden name. “Another sweet little girl to complete our girl squad,” Kelly said in the video.

However, roughly 10 hours after Tyler was born, she was whisked off to the neonatal intensive care unit because “although she was full term, her lungs needed some help. We are incredibly grateful for the NICU nurses and doctors at St. Joseph Mercy.”

Over the next week, Tyler’s lungs grew stronger, and eventually, Matt and Kelly were able to bring their little girl home so that her older sisters could meet her. And Hunter, Sawyer, and Chandler‘s reactions to seeing their baby sister was adorable.

It is clear they already adore the fourth member of their “girl squad.” Kelly then thanked their followers and more for all the support.

And within hours of coming home, the family of six were back to their usual daily life. “This crazy and incredible weekend of mine, with all four of our daughters under one roof,” Kelly wrote, in part, alongside a slew of snapshot of Matt and their girls hanging out in the pool, boat, and more.

And ever since Tyler was born, a lot of things have changed for the Stafford family! For starters, Matthew is now a quarterback for the Los Angeles Rams, instead of the Detriot Lions.

And thoroughly just enjoyed a lot of family time!

What a fun group!

Seriously how much sweeter can this family get!