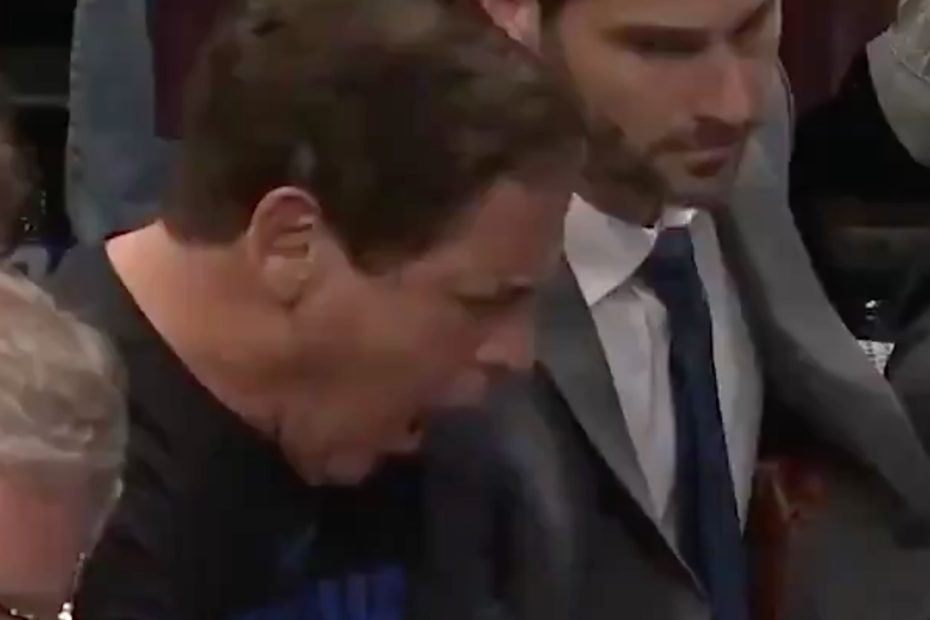 While Mark Cuban might be an expert in owning a basketball team, among other things, he admits that he’s not an expert when it comes to what do to in the event of a health crisis after the National Basketball Association made the decision to suspend their 2020 season.

Cuban, who owns the Dallas Mavericks, was watching his team play against the Denver Nuggets when the news broke that the NBA, among other leagues, would be suspending their season as a result of the pandemic that is COVID-19.

As Cuban explained in an interview with ESPN‘s Tom Rinaldi, “This is crazy. This can’t be true. I mean, it’s not within the realm of possibility. It seemed more like out of a movie than reality.” Which, I’m sure, is how a lot of people, not just people in sports, feel about this entire situation.

Cuban’s jaw literally dropped when he got the news in an email and ESPN’s cameras caught his raw reaction. Take a look:

The decision to halt all basketball games comes after one of their own tested positive for the coronavirus. As ESPN reported, center for the Utah Jazz, Rudy Gobert, at some point in the last few weeks contracted the virus. It was later confirmed that another one of his teammates, Donovan Mitchell, has also tested positive.

Cuban continued in his interview with Rinaldi saying, “The thing about it is I’m not an expert and I’m not trying to be an expert. And our plan here was to defer to the NBA. I mean they have people who specialize in this. They are talking CDC, the World Health Organization… I don’t want to pretend and try to fake it so, we were just going to defer to the NBA.”

Being that Cuban is also known for being a successful businessman, he is also taking into account how this pandemic is affecting the economy and those who work in the Mavericks organization. According to Anthony Puccio of Nets Daily, Cuban will “compensate per diem arena staff” throughout the remainder of the suspension.