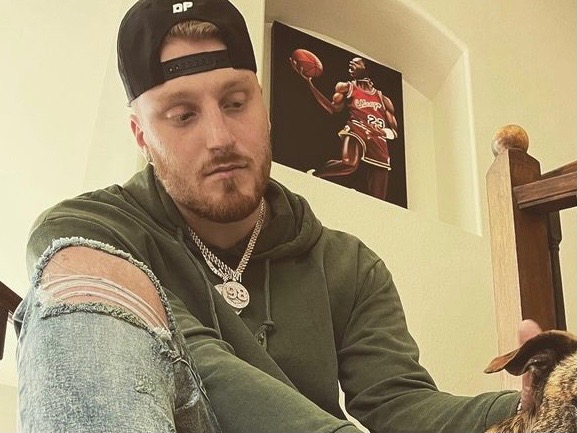 Maxx Crosby Reflects on His Emotional 2-Year Journey to Sobriety

Appearing in a press conference Monday night, the athlete was visibly emotional with tears in his eyes. This can be attributed to the fact that roughly two years ago, he was struggling with sobriety. However, today he stands in front of a crowd of adoring fans. Needless to say, he is proud of himself for overcoming a difficult part of his life.

“I was in rehab almost, like, two years ago, and now I’m in the Pro Bowl,” Crosby said. “It’s just a blessing, man. I show up and I try to be the best teammate.”

Following this statement, the 24-year-old Texas native was getting visibly shaken. After pausing to collect himself, he added the sentiments, “I try to be the best teammate every day and show my guys that I care. That s— just hit home, man. It’s special. It makes my family proud, my girl. Everybody around me is calling and blowing up my phone.”

“I’m crying like a baby because I just know I’ve worked so hard and it’s starting to pay off,” Crosby concluded.

March will mark the two-year anniversary of Crosby checking himself into rehab for alcoholism. In August, he shared with ESPN the reason behind his decision was that “alcoholism runs in my family and I’m an alcoholic.”

Maxx Crosby’s incredible impact off and on the field

Knowing that this was the best decision for his mental and physical health, the NFL star has not looked back. His dedication and change of heart have also paid off on the field. As noted by interim coach Rich Bisaccia, Crosby has been making incredible improvements since his introduction to professional football.

“It certainly showed that he had the power of example that others wanted to follow,” Bisaccia explained.

Crosby additionally commented about his desire to be more than a statistic. According to ESPN, the defensive end reported, “I just want to show people out there it’s not all about stats. It’s your impact in the locker room, it’s your impact on the field. Affecting the game, no matter what stats I get. I believe I do that every single Sunday and that’s what I try to do. Yeah, it was super special, for sure.”