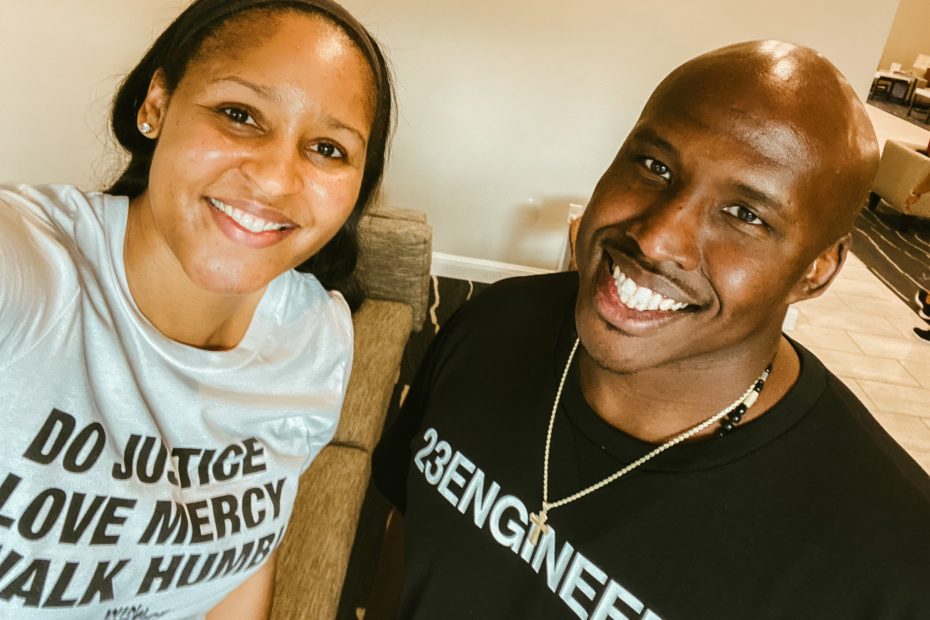 Maya Moore, who stepped away from her basketball career at the height of her career to help overturn the wrongful conviction of her husband, officially announced her retirement from the WNBA on Monday.

In their joint book,  “Love & Justice: A Story of Triumph on Two Different Courts,” the basketball player and her husband detail the story of his wrongful conviction. Jonathan Irons received a 50-year prison sentence and spent roughly 23 1/2 years behind bars.

“During his wrongful imprisonment, he became close with the basketball player and she began dedicating her life so he could regain his freedom. When he was freed in 2020, Moore was there to great him at prison doors. A romantic relationship formed soon after that. The book details the story of his fight for freedom, their love story, and announces Moore’s official retirement from her professional playing career.”

“Because our story happened over so many years — reading it all together it was extremely overwhelming,” she said of the finished book during a segment on Good Morning America. “In the journey and the fight you’re trying to do it one day at a time. To read it all together, it made me appreciate and be more inspired by Jonathan’s life and how God put this all together, how it wove together, it blows my mind.”

However, Irons admitted that reliving his days in prison for the book was a sort of “traumatic” experience. Despite his apprehension, he found that writing the book allowed him to work through the trauma and process his emotions in a healthy manner.

“I was able to flip a switch and say, ‘I’m not there anymore, I’m past that. I’m free.’ I just had to continually remind myself,” Irons relayed. “I choose every day to live to be grateful for each day that I have because I’m not promised tomorrow. I could still be in prison but I’m free. I want to live in that and focus on what I do have, which is beautiful. I’m married, I have a son.”

Moore obtained two gold medals for the United States in both the Summer Olympics and the FIBA Women’s World Cup but promptly said goodbye at the height of her career in 2018 to focus on her husband’s wrongful conviction.

“I couldn’t have written this story like this,” Moore said Monday, “This has definitely been unexpected. But at the same time, it’s been really thoughtful and planned and prepared. That’s life, right? A lot of it is unexpected, but you also do your best to try to be prepared. That’s basketball, too. You don’t know how the game’s going to unfold, but you do your best to prepare.”

Following Moore’s announcement, her former team, the Minnesota Lynx congratulated her on a successful career.