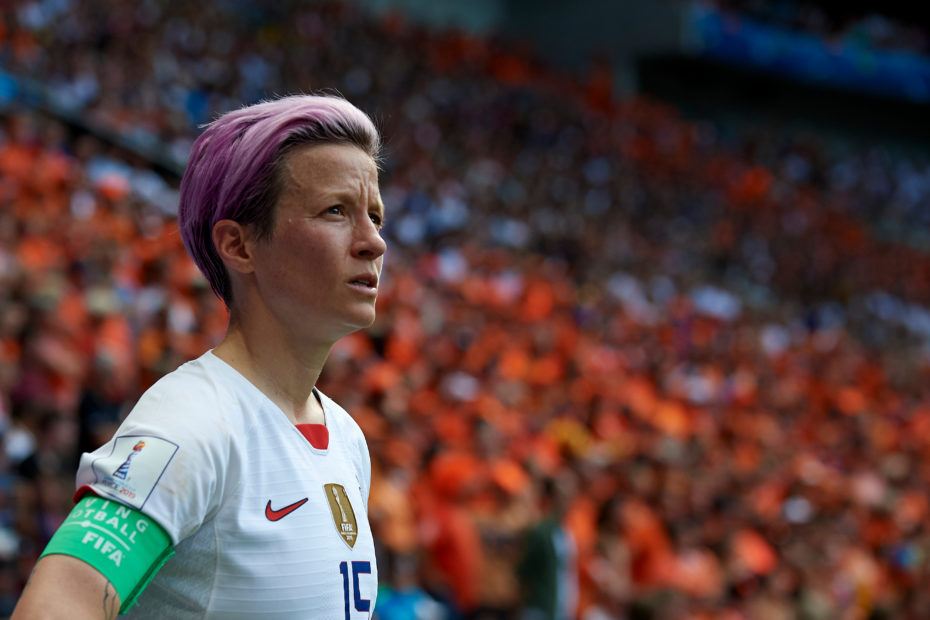 In 2020, the U.S. Soccer Federation had controversial filings that essentially said the men’s team is more deserving of funding and a better pay rate due to ‘biological advantages and responsibilities’.

According to People, the document “follows the team’s equal pay lawsuit and the crushing blow in May 2020 when a judge ruled in favor of the U.S. Soccer Federation on the most consequential aspects of the lawsuit.”

The results of the lawsuit are undoubtedly hard to hear for the USWNT. “It always hurts really to have, you know, not just anybody say that about you, but to have someone who sees you so up close all the time and understands all the work that you put in,” said Rapinoe in reference to her relationship with the federation.

With difficult subject matters being depicted throughout the documentary, many of the players had emotional responses to the events that transpired. Unlike the typical attitudes the world gets to see from the women on the field, which is unwavering confidence and intensity, LFG showcases a different side of the player.

Megan Rapinoe opens up about her feelings.

Rapinoe made the vulnerable statement that “it was almost a little bit natural and probably cathartic to be able to not have to be superwoman all the time.”

Additionally, the 35-year-old athlete said, “Just to be able to kind of say how difficult it is and how much of a toll it takes and how we wish we could be putting our talent and resources and creativity and intelligence to something else. But you know, this is what’s required at the moment.”

Rapinoe also believes that the events that transpired go beyond just soccer issues. It is a gender equality issue rather than just a sports issue. “This is something that goes so far beyond even our team or what we’ve had to deal with,” said the player. She added the insightful words, “So we need to be able to stand up there and be really proud of something for basically all women in the world.”

Megan Rapinoe has won two World Cup Champion titles and can be seen in next month’s Tokyo Games. LFG is also streaming now on HBO Max.