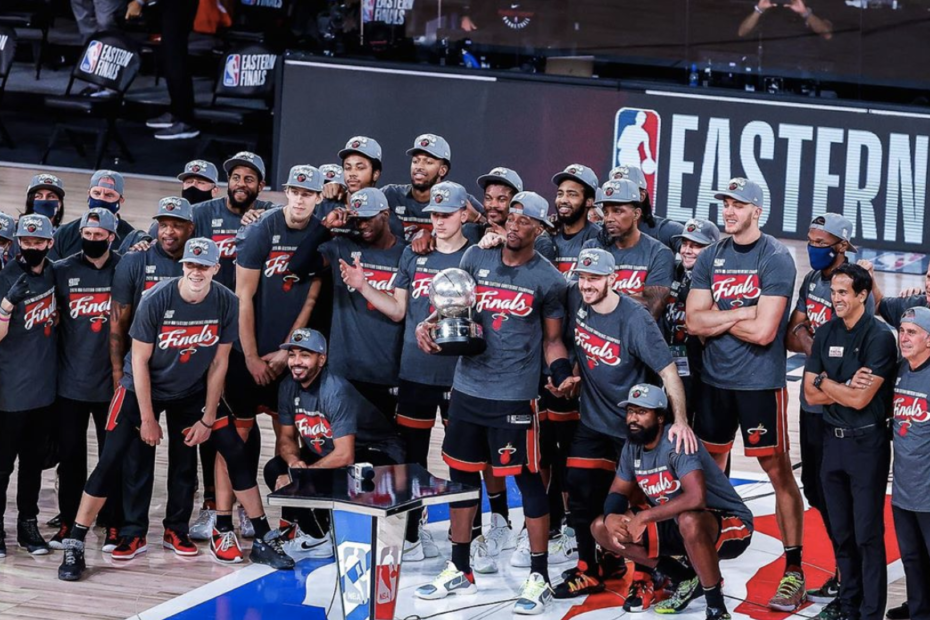 The Miami Heat have closed out the Boston Celtics in 6 games, heading to the NBA Finals to face LeBron James and the Lakers. After taking a commanding 3-1 lead, the Heat needed only one more win to move on. While they fell to the Celtics in game 5, the Heat made a valiant effort in the fourth quarter to put the game away on Sunday.

The Heat were led by All-Star big man, Bam Adebayo, with a staggering 32 points, 14 rebounds and 5 assists. After a disappointing game 5 performance from Bam, he put on a show, defeating opposing center, Daniel Theis, off the dribble on numerous occasions.

The Miami Heat also received contributions from Jimmy Butler, Tyler Herro, and Andre Iguodala, who dropped 22, 19, and 15 respectively. Duncan Robinson also shot the lights out, with 5 three pointers on only 7 attempts, including the dagger shot to put the game away.

RELATED: Gordon Hayward’s Wife Says She Can’t Wait for Him to Meet Their Son After Giving Birth While He Was in NBA Bubble

Boston, on the other hand, was led by Jaylen Brown and Jayson Tatum, both having respectable performances in the close out game. However, the Celtics’ inability to hit a shot down the stretch is what lost them the game, as when Miami stormed back, Boston simply could not respond. This is the third disappointing season for Boston in a row, but with their incredible young talent, their future is very bright.

The question now is whether Miami can compete with the Western Conference Champions, the Los Angeles Lakers. The answer comes down to one matchup, Bam Adebayo versus Anthony Davis. If Bam can control AD throughout the series, I could see the Heat winning in 6 or 7. This is easier said than done, and it will be Adebayo’s toughest challenge yet.