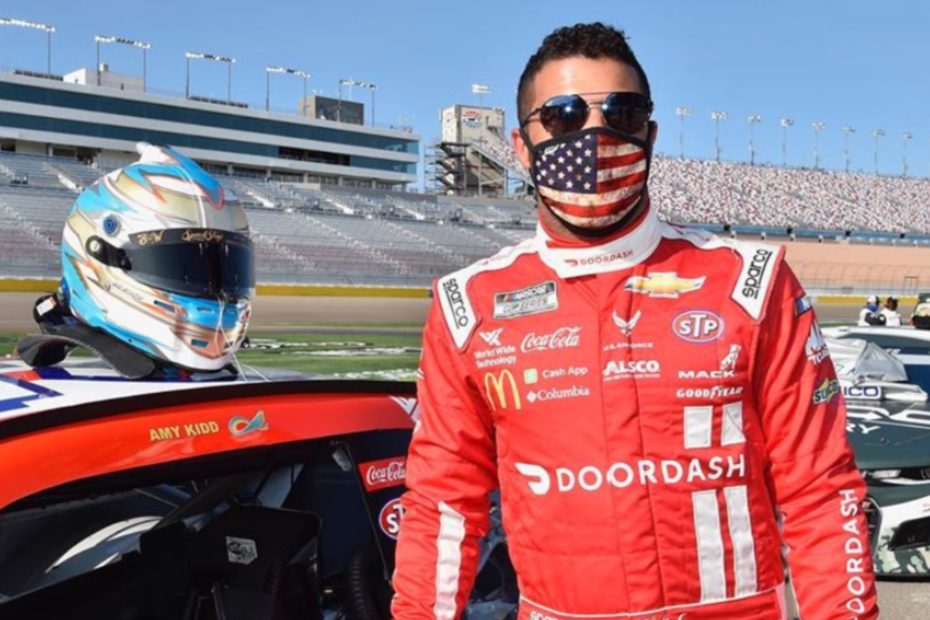 In what has already been an emotional year for Bubba Wallace and his NASCAR family, his journey now continues on a new path with a new team. A team led by none other than NBA legend Michael Jordan and driver Denny Hamlin.

On Thursday, Hamiln and Jordan announced the launch of their newest team “23XI Racing” via a press release. They also revealed that they will have a No. 23 race car and that car will be driven by Bubba Wallace.

RELATED: Bubba Wallace Breaks Down As His Teammates and Colleagues Stand Beside Him Talladega, FBI Releases It’s Findings

“Michael and I have a shared vision for this team, so it’s exciting to see it reflected in the team name and on the race car with the iconic number 23 that Michael made famous,” Hamlin said.

This next leg of the journey will include Wallace repping 23XI Racing at “its first official NASCAR Cup Series start in the Daytona 500 at Daytona International Speedway on February 14, 2021,” the press release revealed.

“This is the start of the new adventure!” Wallace posted on Twitter as he retweeted 23XI Racing’s announcement video. “So ready! #23XI.”

The iconic Jordan number-23 has now made its way to the NASCAR track and the 23XI Racing Team is ready to start their engines: “Here we come. #23”

Here’s a fun fact, Michael Jordan is actually a big fan of NASCAR. In an interview with Cigar Aficionado, MJ talked to Dale Earnhardt Jr. about how his dad took him to NASCAR races growing up.

He also talked about the passion he has for NASCAR as well being friends with Hamlin, Hamlin going to Charlotte Hornets games, and playing golf with him. At the time of the interview, Jordan said he knew Denny for about seven years.