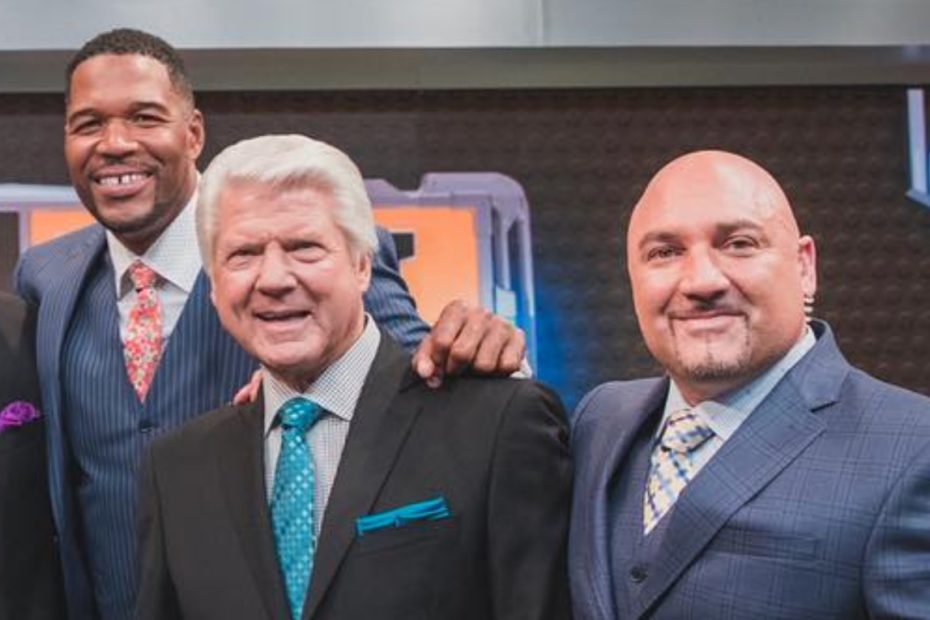 While a lot of what’s going on in the political climate from pundits and analysts covering both sides of the aisle has been heated, some NFL broadcasters are having some fun with “political attack ads” against each other.

Both Michael Strahan and Jay Glazer want to give the Hall of Fame induction speech for their friend and NFL on FOX co-worker Jimmy Johnson, who’s earned his spot in the NFL Hall of Fame this year.

But, in order to get there, both are going after each other light-heartedly.

RELATED: Michael Strahan’s Daughters Are Becoming Quite the Chefs As They Walk His Followers Through a Dinner They Made For Him

On the other hand, here’s Michael Strahan’s ad, with another announcer behind it.

“Jay Glazer claims he’s everyone’s friend. But, then why is he always standing so far away from everyone…he even dances by himself, if you even want to call that dancing. Vote Michael Strahan to give Jimmy Johnson’s Hall of Fame induction speech. A real friend who sits at the desk.”