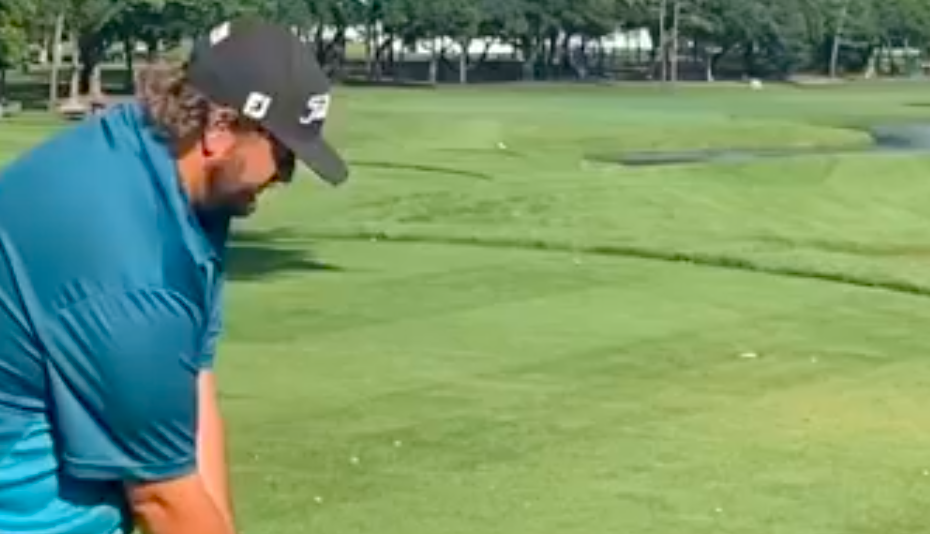 One of the many incredible benefits of sports is when you accomplish the goals you set out for yourself and your dreams become reality. Just ask Michael Visacki.

It’s hard to even fathom what it feels like enduring those long nights, those early mornings working on your craft, and the unwavering support of family and friends, and finally getting to live what you’ve been dreaming and working towards for so long.

For professional golfer Michael Visacki, he didn’t give up on his dreams.

RELATED: Parents, If Your Kid Wants To Shoot 3’s Like Steph Curry, Listen To What Curry Said After Making Clutch Shots In Overtime

According to CBS Sports’ Gabriel Fernandez, it’s been seven long years, but because of his perseverance, “pro golfer Michael Visacki qualified to compete for his first PGA Tour start.”

“Grateful for the opportunity to be teeing it up and competing against the best in the world this week,” Visacki said on Instagram. “Thank you for all the love and support from every one. Ready to get this thing going!”

Golf Channel’s Brentley Romine reported that Visacki first turned pro in 2014. He was 20 years old and a student athlete at the University of Central Florida. Visacki “earned one of four Monday qualifying spots into the Valspar Championship via a playoff.”

To qualify, Romine reported that “Visacki shot 5-under 67 at Southern Hills Plantation to get into a 4-for-2 playoff with Daniel Chopra, Chris Baker, and college player Albin Bergstrom, who a day earlier had won the American Athletic Conference individual title while also leading South Florida to the team championship.”

Oh and that family support we mentioned earlier? It’s evident just how much family means to Visacki as he shared a wonderful, special moment with his father, per the PGA Tour video that was tweeted out:

Visacki said his parents would “skip meals, avoid paying bills, and beg tournament directors” so that he could live out his dreams, Golf Magazine’s Dylan Dethier reported.

And you have to listen to what he had to say when asked this question by a reporter:

Incredible. Insightful. May that be encouraging to you today to go after your dreams, no matter the obstacles or how daunting it seems. It can be done!

Visacki’s parents sure knew it could happen.

“Yeah, Pops was emotional; never seen him cry so much,” Visacki said, per the Golf Channel. “We’re not very much of a crying family, but this is the first time in a long time I think that we all cried because we knew how much work and effort, blood, sweat, tears, has gone into me trying to make it and to finally be able to do it, it’s a dream come true.”