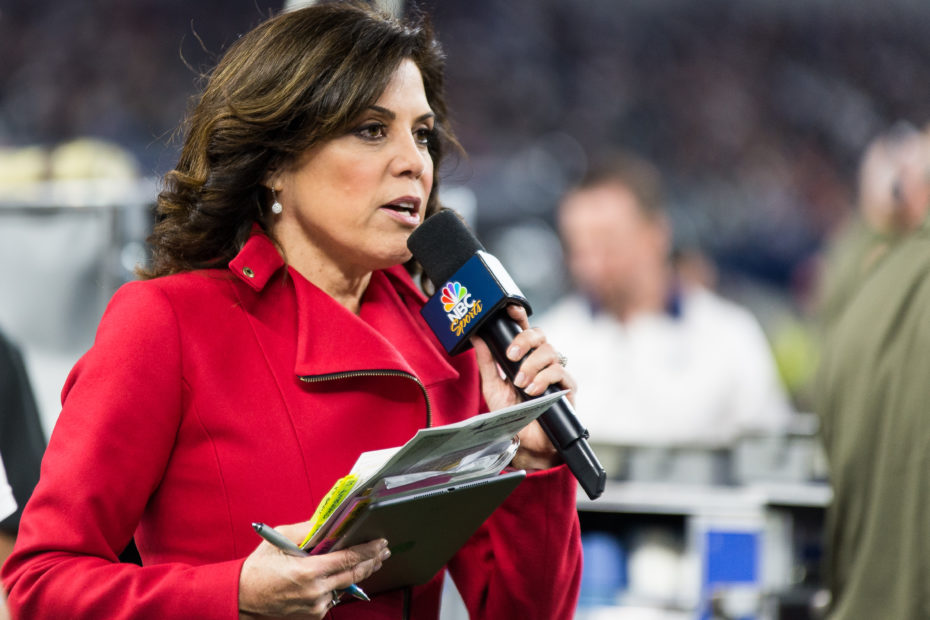 The reporter has been an on-air journalist for nearly three decades and her career has spanned across multiple networks. From 2004-05 she was with ABC before moving over to ESPN from 2006-10. But, she is perhaps most notable for her work on NBC’s Sunday Night Football since 2011.

Alongside this impressive career milestone, the Cowboys versus Washington game also marked the 45th Cowboys game that Tafoya has reported on. Working over the span of 18 seasons, the 57-year-old has surpassed an impressive NFL reporting record.

Despite being a historic figure in the world of sports journalism, her time as a sideline reporter will be coming to a close after this NFL season.

In recent months, the reporter has been viewed under a controversial lens due to her stance on COVID-19 and Colin Kaepernick. When she made an appearance on The View in November, she claimed that COVID was no worse than the flu and that the former San Francisco 49ers quarterback was not on the NFL roster due to kneeling during the anthem.

Following facing scrutiny for these claims, the reporter took a temporary hiatus from Sunday Night Football. However, NBC has denied issuing Tafoya’s hiatus because of what she said on The View.

“As we have done repeatedly, we’re again giving our announcers bye weeks in 2021, and we plan to do it well into the future. Michele’s off weeks–which were determined prior to the season,” the network said in a statement.

They additionally included, “were all in cold-weather cities after Thanksgiving, and her final weekend off this season comes on Jan. 2 in Green Bay. Any other speculation about her time off is blatantly false.”

In a surprising turn of events, after missing a Thanksgiving Day game and two regular-season games afterward, New York Post’s Andrew Marchand reported that she would be leaving NBC entirely after the 2021 NFL season. The network and Tafoya are yet to make a public statement in relation to her resignation, but Marchand noted that Kathryn Tappen is the most likely replacement after she closes out this season.