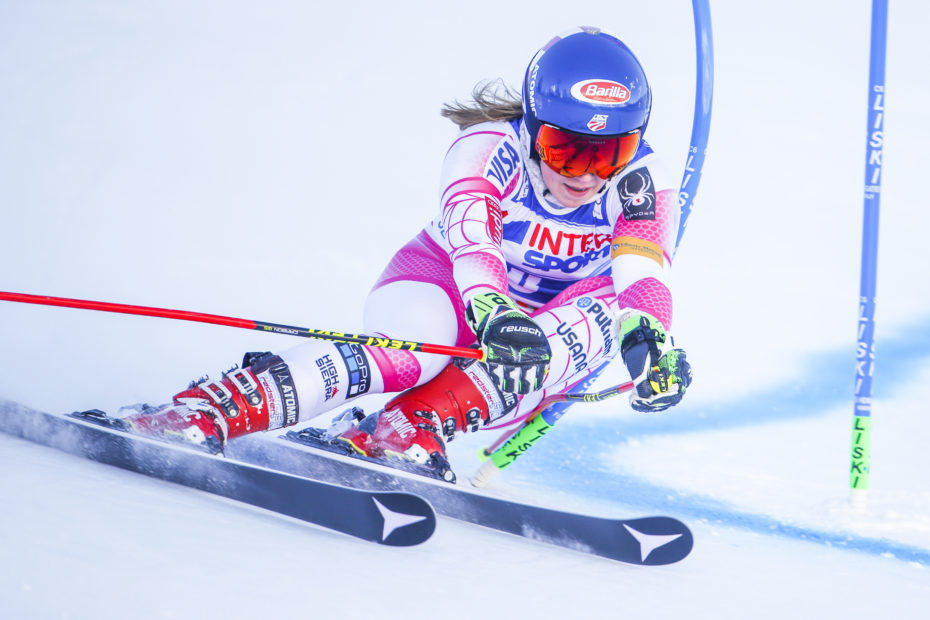 Mikaela Shiffrin entered the 2022 Winter Olympics as the favorite to win multiple gold medals. As of Friday morning, she has competed in five events and hasn’t just failed to win a gold medal, but has failed to win a medal, period. It has been one disappointing performance after another.

The 26-year-old alpine skier opened up about her struggles, her current mindset, and some of the hateful messages or comments she has received over the past week. In an Instagram post, she addressed those comments and had a message for others that receive hate in their life.

Despite receiving a lot of hate online, Shiffrin remains unfazed and sees this as an opportunity to not only stand up for herself, but also anyone out there that’s receiving similar words of discouragement. She wants to remind them that they’re not defined by the hate they receive.

She further clarified her comments in a second Instagram post, this time a video, for those that thought they were directed at those hating her. She wanted to clarify that it was more of a motivational post for those that receive hate, not a ‘clap back’ at those that spread hate.

Mikaela Shiffrin saw her 2022 Winter Olympic campaign take a turn for the worse in her first event – the giant slalom, arguably her best event. She missed an early gate in her first run and ended with a ‘Did Not Finish’ for the first time in 30 races – dating back to January 2018.

She has one more event in the 2022 Winter Olympics – the alpine skiing mixed team event. Although she went 0-for-5 in her individual events and missed out on an individual medal for the first time in her career, she’ll at least have an opportunity to walk away with something on Friday.

“I think a lot of you have that fire in you, so you just go for it. Don’t send messages to your haters. They don’t deserve your time being wasted on them. You just spread the message to the next person who’s getting hate,” Shiffrin said in the closing of her Instagram video on Friday.

Simone Biles is all-too familiar with what Mikaela Shiffrin is going through right now. At the 2020 Summer Olympics (which were held in 2021), Biles was a clear favorite to win multiple gold medals, but only won one bronze and pulled out of most of her events due to mental health.

It was a nightmare Olympics for Biles and one that led to her receiving a lot of criticism and hate from outsiders. In the wake of Shiffrin’s disappointing performance, Biles had some words of encouragement for her fellow American athlete, which she shared on TODAY on Friday:

“Honestly, you can’t judge somebody’s mental health through a platform, so I hope she’s doing OK, but it’s nice that she’s giving an insight on exactly how she’s feeling (and) still rooting on her teammates,” said Biles. “Because it’s a really tough place, especially during a pandemic, you’re going to compete at the Olympics, and America is kind of like gold medal or bust, and so that puts a lot of pressure on ourselves.”

“We also put a lot of pressure on ourselves already because it’s the pinnacle of our career, so we want to do our best, so whenever we don’t it’s like it’s kind of a punch in the throat to us, but then we have all of America kind of like, ‘Oh, my gosh, you’re a failure,'” Biles continued.

“At the end of the day you have to realize you’re still one of the best athletes on the planet, and you’re at the Olympics. Like how many people get to go to the Olympics, and what are you guys doing, you’re watching on the couch.”

YOU MAY ALSO LIKE: Simone Biles and Jonathan Owens Are Officially Engaged

You can cheer Mikaela Shiffrin and the rest of her Team USA teammates in the alpine skiing mixed team event on Friday. It’s her last event and final opportunity to take home some hardware as we enter the final few days of the 2022 Winter Olympics.