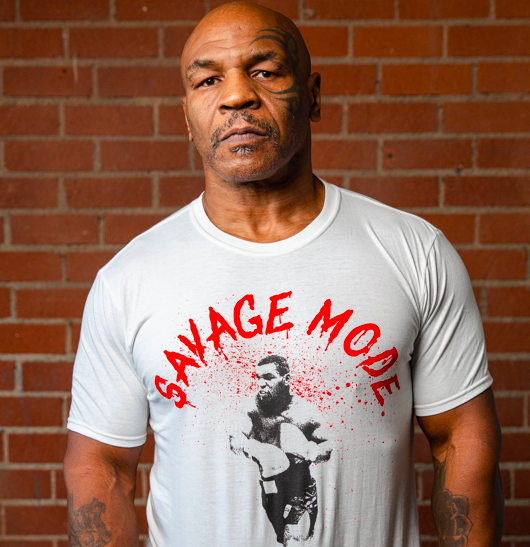 In a recent episode of Hotboxin’ with Mike Tyson, the boxer’s featured guest was UFC’s vice president of athlete health and performance and a former athlete, Jeff Novitzky. During the episode, they have a thorough discussion about performance-enhancing drugs, the problems associated with them, and why athletes end up choosing to take them.

“This is going to give you your dream…it’s hard to say no and this is the truth…very few athletes could say I just want to see if I’m better than him…clean…man for man can I beat him?” Tyson said. “We want to believe that but I can make sure I’m better if I take this, though…it’s tough for us.”

Novitsky and Tyson talk about all the money they could get if they could perform well in their sport so some athletes have turned to PED’s in the past to get that money. “The reward for having a great season, millions of dollars, to come from that type of background, it completely changes your life, your family’s life…” Novitsky said.

“And (there’s) an abundance of money and everything out here,” Tyson said. “There’s enough money for everybody to have over and over again and still we don’t have it. And you think I won’t take that chance?”

Novitsky, who talks about being called by drug enforcement agents around the world for advice, agrees with Tyson. In the description of the episode, it states Novitzky “previously served as an agent for the Food and Drug Administration, investigating the use of steroids in professional sports.”

“I absolutely 100-percent agree with Mike and a lot of people are surprised with that,” Novitzky said. “People ask me, all these athletes must think that you hate them, they’re wrong. I’m exactly in Mike’s camp. I completely got why they made that decision.”

“Sometimes we doubt who we are…so, it could be easier to say this, take this…(it’ll) make me better,” Tyson said. “But then you find people that say I won’t take it I think I’m the best in the world no one can beat me, I’m going to fight them without it.”

In fact, Tyson explained that once in his early 20s he used a prosthetic penis with a built-in bag to store someone else’s pee in order to evade failing a drug test. Now known as the Whizzinator, TMZ reports that people have tried to use the device for years to fool in-person drug testers.

And the urine he used? Well, “I put my baby’s urine in it,” Tyson admitted. It’s also important to clarify that while Tyson has never admitted to using PEDs, he has been opened about his use of cocaine and other recreational drugs during his career.

The Dangers of Performance-Enhancing Drug Dangers

According to The Mayo Clinic, “steroids and their precursors can have severe, long-lasting health effects. In growing adolescents, one of the major risks of using anabolic steroid precursors is the permanent stunting of height. Other side effects include, “blood-clotting problems, high blood pressure and cholesterol, irreversible hair loss, acne, and more.”