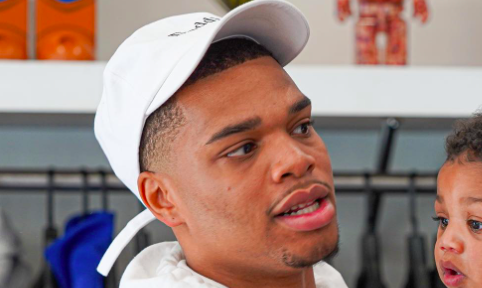 During a game against the Atlanta Falcons, Charlotte Hornets forward Miles Bridges was ejected halfway through the 4th quarter after he directed profanity at an official. In the midst of his heated exit, the NBA player aggressively threw his mouthpiece into the stands, which hit the cheek of a teenage girl.

As he was making his way into the locker room, Bridges was being yelled at by a fan, to which his anger got the best of him. Aiming for the older gentleman, the 24-year-old athlete threw his mouthpiece towards him but ended up hitting a young girl in the audience who was 16. After he had time to cool down and reflect on his behavior, the player issued a formal apology and called his actions unacceptable.

“I was aiming for the guy that was screaming at me and it hit a little girl,” he stated. “So that’s definitely unacceptable on my part and I take full responsibility. … That’s out of character for me. You’ve been around me; I don’t act like that or ever flash out like that.”

After acknowledging his wrongdoing, Bridges also expressed a desire to treat the fan in some way, in order to make up for his problematic behavior. He said, “hopefully I can get in contact with the young girl and sincerely apologize to her and do something nice for her, but that’s definitely on me.”

“I was upset about a call, a couple of calls really,” he continued. “I let my temper get the best of me. It was definitely the wrong thing to do.”

Miles Bridges receives a $50K fine from the NBA

With full acceptance and accountability for his actions, Bridges was willing to accept any discipline the NBA found necessary. So, without complaining, he didn’t complain when the league fined him $50,000 last Thursday.

“I deserve it,” Bridges said, according to ESPN. “You are never supposed to go out like that, especially because the fans come to the game to watch you play. For their safety to be in danger at that time, that is wrong on my part. I take full responsibility.”

While taking accountability, the NBA star also included he was able to find the Instagram of the 16-year-old girl that was hit with his mouthpiece and relayed to the media that he sent her an apology. In addition, the Hornets’ public relations department expressed interest in contacting the girl.