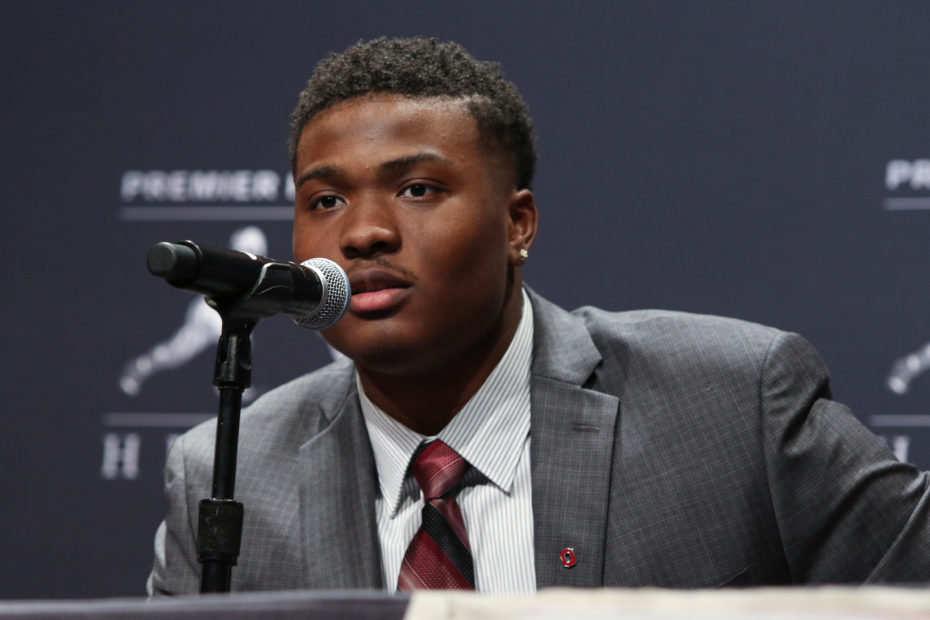 Mitch Trubisky of the Pittsburgh Steelers opened up about his emotions in regards to the recent death of his teammate, Dwayne Haskins.

Twenty-four-year-old Dwayne Haskins, who was a first round-pick for Washington, was exiting his car on the side of a Southern Florida interstate when he was fatally struck by a moving dump truck. He was pronounced dead at the scene. Since the news broke, Haskin’s teammates and loved ones have been outspoken about their grief, including the Steelers’ newly signed quarterback Mitch Trubisky.

“I am absolutely heartbroken, Dwayne has made such an impact on me in a short period of time,” Trubisky wrote on his Instagram story. “He welcomed me to his team with his big heart and infectious smile. I am so thankful to have known Dwayne.”

Haskins was staying in Florida at the time while he was training for his upcoming season with the Steelers. After signing a one-year deal to play with the Pittsburgh-based team, he made a substantial impact on the NFL franchise despite the small amount of time he spent with them. Holding similar sentiments as Trubisky, Steelers head coach Mike Tomlin released a statement expressing his grief over Haskins’ passing.

“I am devastated and at a loss for words with the unfortunate passing of Dwayne Haskins,” Tomlin said. “He quickly became a part of our Steelers family upon his arrival in Pittsburgh and was one of our hardest workers, both on the field and in the community.”

The coach included, “Dwayne was a great teammate, but even more so a tremendous friend to so many. I am truly heartbroken.”

Commanders head coach Ron Rivera expressed his sadness over the loss of the 24-year-old athlete over the weekend. “Dwayne was a talented young man who had a long life ahead of him,” Rivera posted on Twitter.

Giving his love and support to those affected by the loss, he added, “This is a very sad time and I am honestly at a loss for words. I know I speak for the rest of our team in saying he will be sorely missed. Our entire team sends our heartfelt condolences and thoughts and prayers to the Haskins family at this time.”