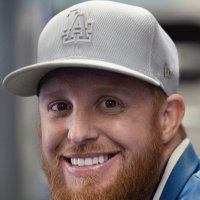 Over a week after the Dodgers were named World Series champions, MLB completed its investigation of the team’s post-game celebration.

With it being their first time winning the World Series in more than three decades, a much overdo celebration was in order. Yet, the on-the-field festivities included some controversy and the MLB did its due diligence in investigating what took place.

“The basic facts are well known,” Robert D. Manfred, Jr., Major League Baseball Commissioner, said. “Justin Turner was removed from the game and directed to isolate after a positive test for COVID-19. After the game concluded, Mr. Turner left isolation and joined the on-field celebration.”

Manfred went on to say that the investigation revealed information that didn’t exonerate Turner from responsibility for his actions but helps put into context why he chose to leave the isolation room and return to the field.

“First, Mr. Turner’s teammates actively encouraged him to leave the isolation room and return to the field for a photograph. Many teammates felt they had already been exposed to Mr. Turner and were prepared to tolerate the additional risk. Second, Mr. Turner believes that he received permission from at least one Dodger’s employee to return to the field to participate in a photograph. Although Mr. Turner’s belief may have been the product of a miscommunication, at least two Dodgers employees said nothing to Mr. Turner as he made his way to the field, which they admitted may have created the impression that his conduct was acceptable…Mr. Turner has publicly recognized that his conduct was wrong and has expressed remorse for that conduct. I have spoken to him personally and I know that he is extraordinarily upset by the incident. By all accounts, Justin is a leader in the clubhouse, a contributor to his community and a responsible person who was instrumental in the Dodgers diligently following the health protocols all season long.”

“I will not make excuses for my conduct, but I will describe my state of mind,” Turner said in his statement. “Winning the World Series was my lifelong dream and the culmination of everything I worked for in my career.”

“After waiting in the isolation room while my teammates celebrated on the field, I asked whether I was permitted to return to the field with my wife in order to take a photograph. I assumed by that point that few people were left on the field. I was under the impression that team officials did not object to my returning to the field for a picture with my wife. However, what was intended to be a photo capturing the two of us turned into several greetings and photos where I briefly and unwisely removed my mask. In hindsight, I should have waited until the field was clear of others to take that photo with my wife. I sincerely apologize to everyone on the field for failing to appreciate the risks of returning to the field. I have spoken with almost every teammate, coach, and staff member, and my intentions were never to make anyone uncomfortable or put anyone at further risk.”

Turner talked about being blindsided with finding out he tested positive for COVID-19 and that him and his wife, Kourtney, watched the final two innings of the final World Series game together in a doctor’s office located in the back of the clubhouse.

“Kourt and I hold ourselves to the absolute highest standards,” Turner said. “We worked diligently to comply with all of MLB’s protocols throughout the season. We were heavily involved in the planning of player/family safety to ensure the possibility of a postseason and World Series. We helped local businesses stay afloat by ordering meals to help the Dream Center of LA feed almost 1 million Angelenos during COVID lockdown. Through my foundation, I will continue to support organizations in the Los Angeles area that assist our community in the battle against the virus.”

Here’s what fans had to say about it:

Like the one commenter said, each side of the issue apologized and said their peace. It is now time to move on.