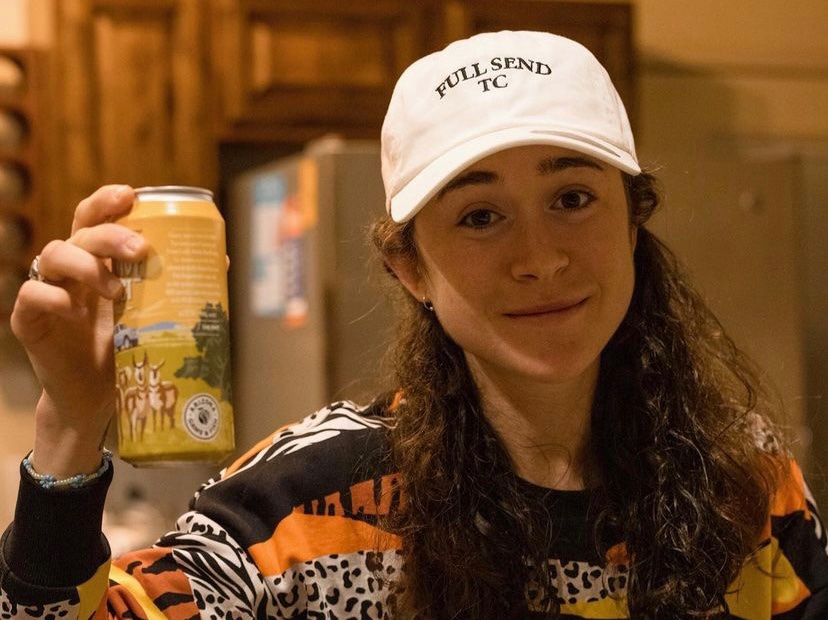 Twenty-seven-year-old Molly Seidel competed in the women’s marathon on Saturday morning and amazingly, she came in third place. The athlete was awarded the last medal in the Tokyo Summer Games closing ceremony, but what is perhaps more impressive is the fact that this was the third marathon Siedel had even run.

Needless to say, she is ecstatic beyond belief.

“I was hoping to be in the top 10, really,” the Olympian said to reporters after her big race, admitting she would have never guessed that she would be bringing home a medal for marathoning. “It is very different from some of the shorter races. I still love doing the shorter stuff and I hope to still do shorter races to keep that sharpness. But, man, I love this race.”

Falling behind two Kenyan athletes, Peres Jepchirchir and Brigid Kosgei, the American runner squeezed out a time of 2:27:46. When she passed the finish line, Seidel looked shocked. She hollered in celebration and even pumped her fists in the air.

Molly Seidel REFUSES to back down from a challenge

The road to the Olympics was by no means easy for this 27-year-old. After running her first marathon in February of last year, Seidel commented that her participation in this race was “Just trying to stick my nose where it didn’t belong and just kind of get after it.”

In an unexpected turn of events, sticking her nose where it didn’t belong earned the Wisconsin native an Olympic medal. While many sports commentators believed that Seidel didn’t have the experience, the runner explained, “I mean, Olympics only happens once every four years. You might as well take your shot.”

Furthermore, the weather conditions during race day were not excellent. At 78 degrees Fahrenheit with 82 percent humidity, any average person would want to give up or wait for a better day. However, Seidel is not an average person. “Truthfully, I wanted it as hard as possible,” she said after winning her medal. “I think I thrive off a little bit of adversity. The course in Atlanta was a tough, hilly course. When the going gets tough, that’s my strong suit,” she included, commenting about the race that sent her to Tokyo.

The Team USA runner stood on the podium of the closing ceremony, surrounded by a crowd of athletes, spectators, cameras, and reporters. While the Olympic Games closing ceremony typically only crowns participants in the men’s marathon, this year was a little bit different.

The women’s marathon runners were the last to be gifted their winnings and Seidel was the last athlete to be honored and bring home a beautiful bronze medal.