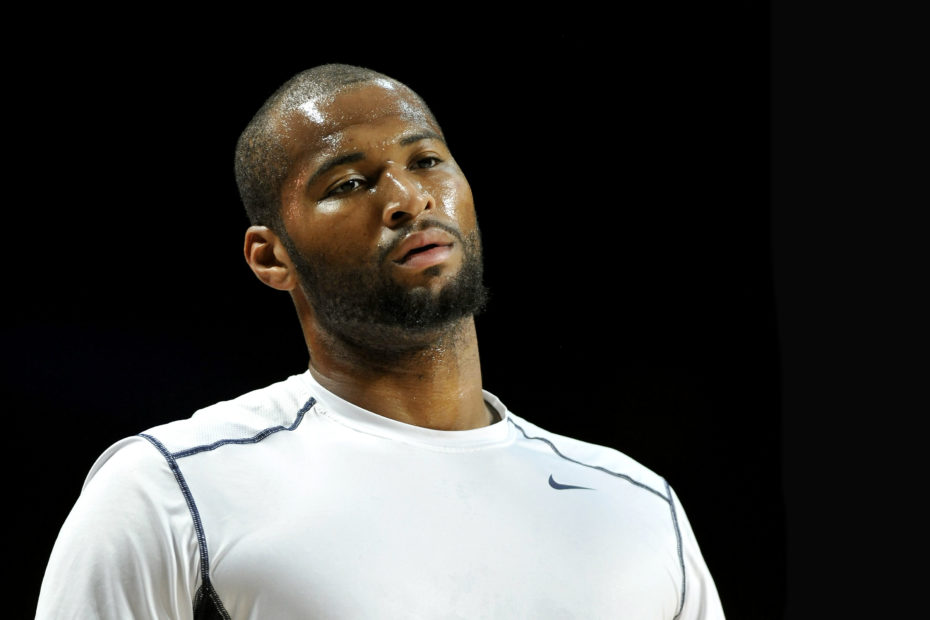 20 Players With the Most NBA Technical Fouls

A technical foul is something no coach wants to see on the court, so you can only imagine how frustrated they get with the players that have the most NBA technical fouls. In many cases, technical fouls are the difference between winning and losing, especially late in a close game.

Technical fouls are called on a player or coach that commits a violation that generally doesn’t involve physical contact, unless a fight breaks out. There are a number of reasons why a technical foul might be called and the referee has the right to call it whenever necessary.

The reason why a technical foul is so detrimental to a team is because it not only gives the opponent a free throw shot, but it also gives them possession of the ball. It can also lead to the ejection of a player — as well as fines — if called for two technical fouls in the same game.

Which Players Have the Most NBA Technical Fouls of All-Time?

Throughout the history of the NBA, certain players are known for racking up technical foul after technical foul. Sometimes it’s due to their temper, sometimes they’re frequently in the wrong place at the wrong time, and sometimes the heat of the moment just gets the best of them.

Either way, the players with the most NBA technical fouls are usually the ones that frustrate their teammates and coaches the most. As you can likely imagine, no one wants to give the opposing team free points, especially when you give them possession of the ball as well.

With that said, you’ll be surprised to see which players have the most NBA technical fouls because they’re also some of the most versatile and dominant players to ever step foot on the court. I guess it’s true when they say everything comes with a price — even greatness isn’t free.

Draymond Green was drafted by the Golden State Warriors in the second round of the 2012 NBA Draft. He has spent his entire career with the Warriors (so far) and has helped them win three NBA Championships. He’s also a six-time All-Defensive Player, but he does whine a lot.

DeMarcus Cousins has a bit of a temper and lets it get the best of him from time to time. He was drafted by the Sacramento Kings with the fifth overall pick in the 2010 NBA Draft. He’s a four-time All Star, but has struggled to stay on a roster recently due to consistent injuries.

Antoine Walker is mostly known for how irresponsible he was with money, but he was also frequently called for technical fouls. Drafted sixth overall by the Boston Celtics in 1996, Walker won the NBA Championship with the Heat in 2006 and was a three-time All Star.

Jermaine O’Neal was drafted by the Portland Trail Blazers with the 17th overall pick in the 1996 NBA Draft. He was a tough defender to get by, but his intensity often led to technical fouls. He was a six-time All Star and won the NBA’s Most Improved Player award in the 2001-02 season.

Shaquille O’Neal is widely regarded as one of the best big men to ever play, but he also has some of the most NBA technical fouls during his career. He’s a four-time champion, one-time MVP winner, three-time Finals MVP winner, 15-time All Star, and two-time scoring champ.

Carmelo Anthony is still searching for his first championship ring, but he has had an illustrious career regardless. In fact, many people would likely be surprised to learn he has racked up some of the most NBA technical fouls ever. He continues to move up, adding 8 more last year.

Reggie Miller is one of the greatest shooters to ever play the game, but he was also known to complain a lot and let his cocky attitude get the better of him often. He’s a five-time All Star and three-time All-NBA player, but he never won a championship in his 18 seasons with Indiana.

Kobe Bryant is one of the greatest players to ever step foot on the court, but that didn’t make him impervious to technical fouls. In fact, he received them quite often. Of course he made up for it with five championship rings, one MVP award (2007-08), and 18 All Star appearances.

While Charles Oakley was best known for his rebounding abilities, he was also called for some of the most NBA technical fouls ever. He was a one-time All Star, has the 22nd-most rebounds in NBA history, and ranks in the top 25 for games played in the NBA over his 19-year career.

Kevin Willis is one of the players a lot of people might forget about, but he had a pretty solid NBA career — if you can look past his technical fouls. He only made one All Star appearance, but won the 2003 NBA Championship and has the eighth-most career games played in history.

Known as one of the more intense players in NBA history, it’s no surprise to see Kevin Garnett on our list of players with the most NBA technical fouls. He also made 15 All Star appearances, one-time most valuable player, one-time champion, and one-time defensive player of the year.

Dwight Howard had a dominant start to his career after being drafted first overall by the Magic in 2004. He started to decline when he left Orlando in 2012 and struggled to find consistent opportunity, but he did recently win the 2020 championship in his second stint with the Lakers.

Russell Westbrook recently passed Oscar Robertson as the player with the most career triple doubles (184), proving to be one of the most versatile players in NBA history. Of course, he also has the eighth most NBA technical fouls in his 13-year career, including 14 last season alone.

Anthony Mason didn’t earn a consistent starting role until his seventh year in the league and never averaged more than 16.2 points per game in a single season, but he did earn one All Star appearance and won the Sixth Man of the Year award for his efforts during the 1994-95 season.

It’s very rare that a player suits up for the same team 21 years in a row, but that’s exactly what Dirk Nowitzki did for the Dallas Mavericks. He made 14 All-Star appearances, won the 2011 NBA Championship, won the NBA Finals MVP award, and the league’s MVP award in 2006-07.

Dennis Rodman was one of the league’s ‘bad boys,’ known for his stingy defense and prolific rebounding. It shouldn’t be a surprise to see him on our list of players with the most NBA technical fouls. He also won five championships and two Defensive Player of the Year awards.

Gary Payton has more points, assists, and steals than any other player in Seattle Supersonics franchise history. He was a true legend, but also has the fourth most NBA technical fouls ever. He was a nine-time All Star, one-time champion, and one-time Defensive Player of the Year.

Rasheed Wallace was a technical foul machine, earning his spot as just one of three players to ever be called for more than 300 technicals. In fact, he holds the record for most technical fouls in a single season. He made four All Star appearances and was a one-time champion.

Now known for his career as a co-host of Inside the NBA on TNT, Charles Barkley came very close to having the most NBA technical fouls called on him during his playing days. Knowing how outspoken he is inside the booth today, it’s no surprise that he finds himself on this list.

Unless Russell Westbrook continues to climb up the ranks, there won’t be anyone to dethrone Karl Malone for having the most NBA technical fouls in league history. He’s also a 14-time All Star, two-time most valuable player, and four-time All-Defensive player in his 19 years.

Which Active Players Have the Most NBA Technical Fouls?

Of the 20 players listed above, only five of them are still playing — Russell Westbrook, Dwight Howard, DeMarcus Cousins, Carmelo Anthony, and Draymond Green. While they have the most NBA technical fouls among active players, there are others that are climbing up that list.

For example, there were 16 players that got called for 10 or more technical fouls during the most recent 2020-21 season — Howard, Green, and Westbrook included. While Howard led the league with 18 technicals last year, Devin Booker and Luka Doncic were second with 17 calls.

YOU MAY ALSO LIKE: 25 of the Best Big Men the NBA Has to Offer