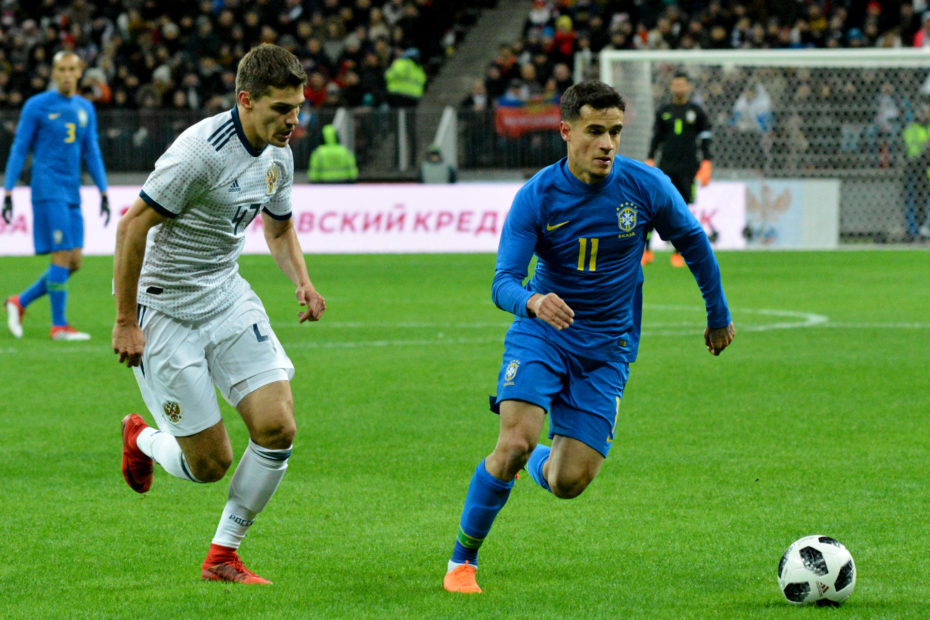 10 of the Most-Watched Sporting Events in History

Aside from unprecedented events like the Apollo Moon Landing, nothing brings the world together as an audience like sports. For Americans, there is an obvious bias towards the Super Bowl, which annually draws the biggest audience stateside. But what are the most-watched sporting events in history?

In February, Super Bowl LV drew 96.4 million viewers when streaming content is included in the total. However, that number pales in comparison to the viewership of more global-centric events like the FIFA World Cup, Wimbledon, and the Olympics stack up over the course of their multi-week runs.

YOU MAY ALSO LIKE: Natalia Bryant, 18, Cites Late Father as Inspiration For Acting Career

Here are the ten most-watched sporting events of all time:

In winning its fourth World Cup all-time and its first since reunification, Germany proved ungracious guests as they trampled host Brazil in the semi-final that sent the hosts into such a spiral of ennui that they also lost the third-place match as well. Argentina’s Lionel Messi shined for the runners-up in a tournament that tied the ‘98 World Cup with the most goals scored in World Cup history (171).

Fun Fact: The 2014 World Cup mascot was Fuleco the Armadillo, as voted on by the Brazilian public.

All hail the Spanish conquest as a team that had never passed the quarter-finals of a World Cup won the tournament with a semis win over the Netherlands and a 1-0 Finals win over Germany. Uruguay’s Diego Forlan won the Golden Ball and the tournament got off to a rousing start with Siphiwe Tshabalala’s spectacular opening-match game-winning goal for South Africa.

Fun Fact: 75% of Spain’s goals were scored or assisted by David Villa, aka “El Guaje.” It was a record for a World Cup-winning side since 1962.

The host nation’s fans lived every nation’s dream as their beloved Les Bleus made sure the World Cup never left French soil at the tournament’s conclusion. Brazil’s Ronaldo got the Golden Ball, but his Brazilian National Team lost in the final as Zinedine Zidane gained national immortality with his leadership and an Emmanuel Piet goal with the French down to ten men created the winning margin in the 3-0 victory.

The birthplace of the Olympic Games and the original site of the modern games had to overcome numerous infrastructure challenges to bring the games back to Greece, but in the end the 17-day event was viewed a success by near consensus. Michael Phelps won a record-tying eight medals (six gold and two bronze) in swimming, and Chinese hurdler Liu Xiang won the country’s first men’s gold medal.

Aboriginal runner Cathy Freeman delighted many when she lit the Olympic torch, and then she delighted many more when she won gold in the 400-meter dash. American sprinter Marion Jones (three gold and two bronze) and Australian swimmer Ian “The Thorpedo” Thorpe (three gold and one silver) were the individual headliners at an Olympics that featured a record 928 medals won in 300 events.

Fun Fact: men’s and women’s tae kwon do, trampoline, triathlon, and synchronized diving as well as women’s weightlifting, modern pentathlon, and pole vault all made their Olympic debuts in Sydney.

Tragedy will forever be a part of the story of these Olympics as a single pipe bomb left in a backpack exploded and killed one person while injuring 112 others. A journalist running to cover the explosion also died of a heart attack while on route to the scene. In competition, the host United States dominated with 101 overall medals and 44 golds, totals that left the runners-up nations (Germany and Russia) far behind.

Fun Fact: USA’s Kerri Strug made her courageous vault to literally propel the US to gold at the Atlanta Olympics.

A jaw-dropping Opening Ceremony set the stage for an incredible 17 days of competition in which over 40 world and 130 Olympic records fell. The host nation won the most gold medals (48) while the United States won the overall medal count title with 112. Kobe Bryant may have been the biggest star at the event, as the NBA legend’s global popularity came into sharp focus on this biggest of stages as he helped the U.S. win gold in men’s basketball.

The French once again reigned supreme as Les Bleus defeated Croatia 4-2 in the final to claim their second World Cup, this time winning on Russian soil. Kylian Mbappe scored his fourth goal of the tournament, a super goal at that, to help France to the winner’s circle. Mbappe followed Pele’ as the second teenager ever to score in a World Cup Final.

Fun Fact: There was only one scoreless draw in the tournament, and it came after 36 matches, the latest point in history.

It was all’s well that ended well for the host nation’s most beloved sport, as Brazil brought home the gold in men’s soccer while America’s Michael Phelps came out of retirement and once again set the pace for medals with six. In swimming, Katie Ledecky didn’t just take home three golds, she set world records in two of her three wins (400m and 800m). Simone Biles won gold in individual all-around, team all-around, vault and floor competitions and a bronze on the beam.

London went all out to host its Olympic games, making full use of legendary venues like Wembley Stadium as well as the All-England Lawn and Tennis Club, and the effort proved worthwhile. 10,500 athletes competed in front of an estimated 8.8 million live spectators. The United States won the overall (104) and gold medal (46) titles, as Usain Bolt, Michael Phelps, USA swimming’s Missy Franklin, and USA Track and Field’s Allyson Felix were among the headliners.