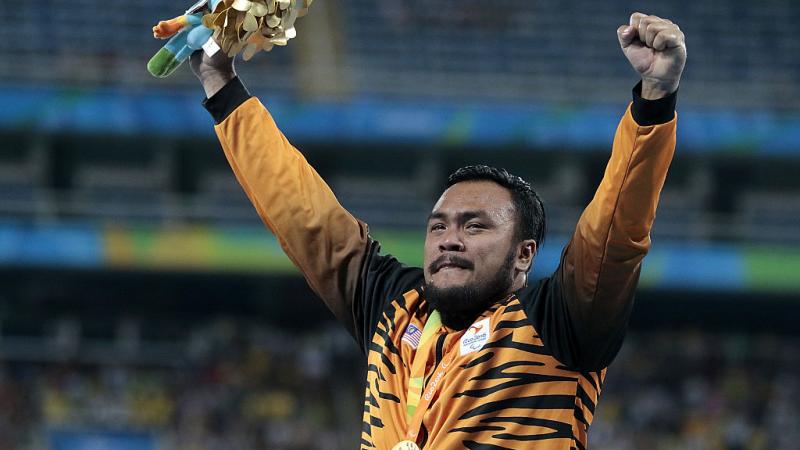 Malaysian Paralympian, Muhammad Ziyad Zolkefli, had an amazing performance during the men’s shot put competition in Tokyo. Despite coming in first place in the F20 event, the athlete did not receive a gold medal. Why? He was three minutes late for the competition.

Zolkefli and others were allowed to compete after showing up slightly late because, “they may have had a logical reason for being late,” as explained by Paralympic Committee spokesperson, Craig Spence, according to CNN. Spence went on to elaborate on this rule and stated, “Therefore, we allowed them to compete and look at the facts of the matter afterward.”

Upon investigation, a referee concluded that there was “no justifiable reason for the athletes’ failure” to be at their event in a timely manner. Therefore, Zolkefli was disqualified from the competition and his gold medal went to Ukrainian athlete Maksym Koval.

Once it was official that Zolkefli would not be receiving a medal, fans were rightfully upset. While some folks simply tweeted out their sympathies, others had misguided anger towards Koval. Craig Spence did not approve of these actions and argued that the rules are the rules.

“People say the Ukrainian stole the gold. No, absolutely not. The Ukrainian had nothing to do with it. It was the athletes that were late,” he commented. Spence went on to state, “Ridiculous in my view. I mean, yes you can be unhappy with the decision but what I now see is comments on all our social media posts which have nothing to do with the men’s shot put F20 event.”

“Rules are rules, the decision was taken, and it wasn’t the Ukrainian’s fault. The Malaysian was late to the call room,” Spence also shared. “Really disappointing that such abuse happens on social media.”

However, Malaysians seem to disagree with these sentiments. Yahoo! Sports reported that the country’s Science Minister Khairy Jamaluddin offered his opinion on the matter, believing the outcome was, “An absolute disgrace that goes against the spirit of the Paralympics.”

Jamaluddin went on to add more to his statement and said, “Mean spirited and petty. A stolen gold medal and world record.”

Zolkefli did not stay silent as the events transpired. The athlete wrote on social media, “I apologize to all Malaysians, thank you for supporting me. I will rise again. Thank you for your words of encouragement.”