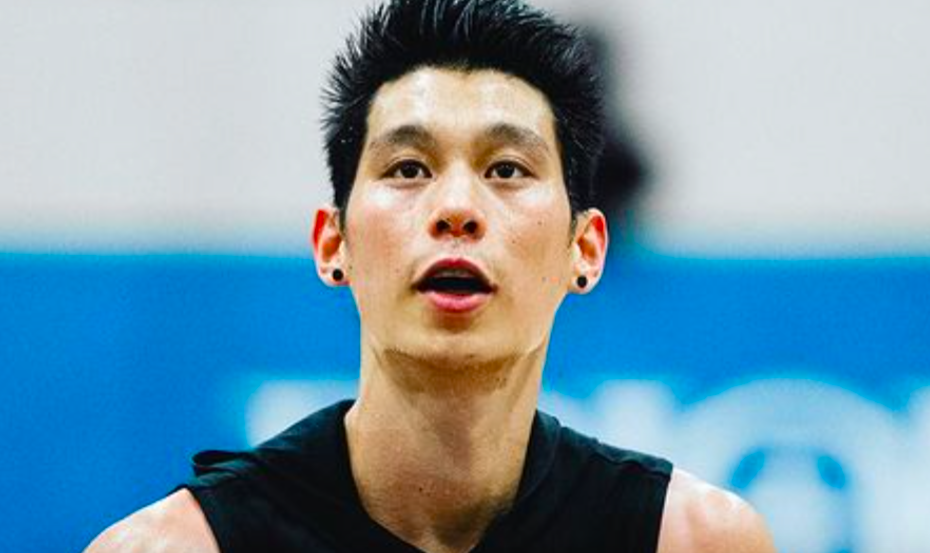 Opinion: My Thoughts On The Hatred And Racism Towards The Asian-American Community As A Filipino-American, Jeremy Lin Speaks Out On The Violence

For me, this one is personal. This one hits home. As a proud half-Filipino half-Caucasian American, I’ve found myself growing up almost accustomed to being the odd one out. Maybe it was because I was holding it down as one of the only Filipinos in the area I grew up in, a suburb of Detroit, Michigan. Maybe it’s because I’m half-and-half where sometimes I feel more white, other times I feel more Filipino, most of the times, though, I feel like….me. A man. A man of faith. A man of integrity. A man of honor. A principled man who loves his wife like crazy and is passionate about representing his family and…yes, my Filipino heritage.

I got this question a lot growing up.

Just imagine being asked that time and time again. It can affect you, even if it’s subliminal. What am I?

Well, like I mentioned, I am a man, a man of God, a husband, a son, a journalist, and a human being. But when you ask me somehting like that, it makes me (or many who are reading this who’ve also experienced this question first-hand multiple times) feel like an alien, an outsider.

Now, growing up and having matured emotionally, mentally, and spiritually, I like being the outsider. I like being different. I embrace it. To many, me being me comes as an intimidation, it sparks resentment or jealousy for whatever reason. And that’s okay. They’re not used to me. They’re not used to many half-Filipino, half-Caucasian dudes who love Jesus and love writing and love my city (DETROIT VS EVERYBODY) and love hip hop and worship music and now jazz and soul (thanks wifey) and loves playing sports while also being in band in school.

Now, being a proud Filipino-American, I can tell you that it’s been a lifelong journey as there’s times where I feel an outsider to even the Asian and Filipino community because I’m half. Not to mention already feeling like I’m an outsider to the white community (although I never considered myself a minority until my freshman year in college where they made it so evident that I was a minority and felt more accepted for who I am in the multicultural club at the college).

There was one moment where in pre-school my good friend asked when we were coloring ourselves with crayons why I wasn’t using an orange crayon when drawing with a peach crayon. I get it, it’s just pre-school but picture that exponentiated in people’s prejudices and minds of people who surrounded me without me even knowing it because i just assumed everyone would accept me for who i am because they at least didn’t come off as people who were prejudice but then again who does, it’s more of a silent hatred against me type thing.

I’ve always been cool with everybody. That’s a gift from God where I’m able to relate with different types of backgrounds, ethnicities, cultures, customs…maybe that’s because I’m also half. I can empathize with those going through similar trials or difficulties.

When it comes to the #StopAsianHate movement, it’s great that this is now being highlighted finally. Because, let’s keep it real, people hating on Asian-Americans isn’t just a 2021 thing. It’s been an everyday thing for decades, centuries, even.

For a brief history lesson on this, came across this video that shows a snapshot on how the racism towards Asian-Americans has been prevalent throughout American history:

Now, let’s get to the basketball part of all this.

I was cut from the school’s basketball team tryouts six years in a row. Then, tack on another dreaded cut to my freshman year in college.

They weren’t used to having an Asian-American play basketball. Straight up. I was called Yao Ming while playing because that’s all anyone knew or saw on TV.

My peers all thought I should’ve made the team each year but got cut anyways. That’s fine, never let this stop me. I kept grinding, tried out another sport where I hadn’t even played competitively before, tennis. Was able to eventually be co-captain my senior year and was named All-League. Then that college that wasn’t there for me, oh yeah, I transferred to a D-1 university, was awarded the Oakland University Keeper of the (Dr. Martin Luther King Jr.‘s) Dream award promoting interracial understanding on campus, graduated being given the highest honor in the College of Arts and Sciences, the Meritorious Achievement Award, and was asked to give the commencement speech upon graduating, thank God. The journey had its bumps in the road but I stayed the course and didn’t let adversity bring me down. Of course, there’s so much to that but that’s for another day.

I highlighted more of the stereotypes associated with Asian-Americans in basketball in a NBC News article: Local Leagues Open Opportunities for Asian Americans on the Basketball Court

Then, when “Linsanity” happened, I was always called Jeremy Lin when playing.

Speaking of Jeremy, he recently has made a concerted effort to speak out on all the hatred and vile things being spewed on towards the Asian-American community having experienced someone calling him a racist name while as a G-League player.

“I want better for my elders who worked so hard and sacrificed so much to make a life for themselves here,” Lin said, in part, in the Facebook post. “I want better for my niece and nephew and future kids. I want better for the next generation of Asian American athletes than to have to work so hard to just be ‘deceptively athletic.’ Being an Asian American doesn’t mean we don’t experience poverty and racism. Being a 9 year NBA veteran doesn’t protect me from being called ‘coronavirus’ on the court. Being a man of faith doesn’t mean I don’t fight for justice, for myself and for others.”

According to The Guardian: “Lin spoke out…against the rise in targeted attacks against Asian-Americans in the wake of shootings at three Atlanta-area massage parlors that left eight people dead, the majority of them women of Asian descent, leading to fears the killer had a racial motive.”

Prayers up to the victims’s families, friends, and loved ones after the senseless, tragic murders.

Lin also penned a Time article with his sister-in-law.

Here’s an excerpt from it:

“On March 16, news of the Atlanta shooting made my heart sink. The world felt darker and more frightening than ever before. And then there was anger. So much anger. Anger at how long we’ve been told that even though we are always the butt of racist jokes, these are just jokes, and geez, please don’t be so sensitive. Anger at how our beautiful, rich cultures and vastly different histories are ripped apart and mashed into one giant, demeaning, “exotic” stereotype. Anger at how the model minority myth allows people to write us off as ‘doing great’ when the most vulnerable of us—our precious elders and Asian Americans struggling to get by—continue to suffer, be dismissed and be targeted. Anger that the dangerous objectification of Asian women is regularly dismissed because ‘isn’t it a compliment to be considered attractive?’ Anger at how even after murdering EIGHT people in cold blood, a white male shooter somehow deserves more empathy than the innocent women and men he killed and the devastated families they left behind.”

Time’s Jeremy Lin: Despite Fear and Anger After the Atlanta Shootings, There Is Hope by Jeremy Lin with Patricia Sun

“We are TIRED of our pain being overlooked #StopAsianHate,” Lin said in a Tweet posting a Bleacher Report video highlighting the real struggle Asian-Americans are going through.

Lin went on to say: “…if we fight TOGETHER, I truly believe some of our greatest hopes can be realized. We owe it to the people who fought before us and the generations that come after us to make this world a better place. History is in our hands. So I ask again. Is anyone listening???”

It’s about time we come together, listen, educate ourselves, find common ground, serve and love another as we would want to be treated.

More prominent NBA players also have spoken out against the tragic shooting, whom Lin retweeted:

You can for the Asian American Pacific Islander (AAPI) community during this time, for strength, healing, protection, and .

And Lin also promoted a GoFundMe that “support(s) the AAPI Community Fund to uplift and protect Asian Americans and Pacific Islanders”. There, you can find links to support the families of the victims of the tragic shooting.