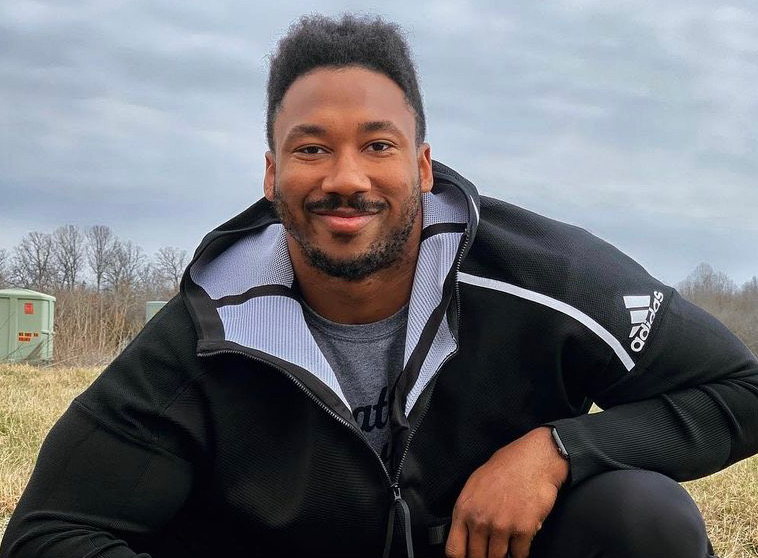 Myles Garrett, 25, Decorates For Halloween Using the Graves of Quarterbacks and It’s Hilarious

Cleveland Browns defensive end Myles Garrett has taken rivalry and Halloween to a whole new level this year. The football player, who is the league’s leader in sacks, decided to make his Ohio-based home a graveyard for all of his rivalry players in the NFL.

The athlete did not anticipate to be getting national attention over his fake gravestones and he explained in an interview reported by The Gazette that just wanted to have fun before Halloween.

“I’m kind of a troll, a little bit, and people in the house like to have fun,” he explained. “My family, my friends thought it would be something cool to do for Halloween because I’ve always loved Halloween.”

Myles Garrett reveals he misses his privacy after news of the humorous Halloween decorations broke.

Initially, his decorations were put up to get a good laugh or giggle, and he had no expectations for the entire world to see them. But now that everyone is aware that Garrett is a bit of a jokester, fans are showing up and his home and preventing him from his privacy.

“I didn’t think people would invade my privacy like that, but they’re there,” he commented. The NFL star additionally included, “It’s strange to have people come by my house. Hopefully, they can leave me be ’cause that is my place of refuge and residence.”

“I don’t like people just driving by for whatever reason. I like it, my neighbors appreciate it, think it’s funny. But people just driving up, that’s weird for everyone in my household,” he elaborated. For Garrett, his house is a sanctuary and now with all the publicity, it can be hard to leave or enter his house.

“I had somebody blocking my driveway yesterday, so it’s just trying to get home. I like being out here, I like seeing my teammates, like the camaraderie. I get home, I don’t like to see anybody, except for the people in my home,” he shared.

Garrett also revealed that his life isn’t terribly intense and doesn’t call for publication. He voiced that his time at home is supposed to be relaxation, not focusing on the press. The NFL star said, “I don’t like to put any kind of emphasis on myself or what I’m doing. When I get home, that’s even more so. I just want to sit home, eat some popcorn, watch a movie with my family and enjoy my dogs.”