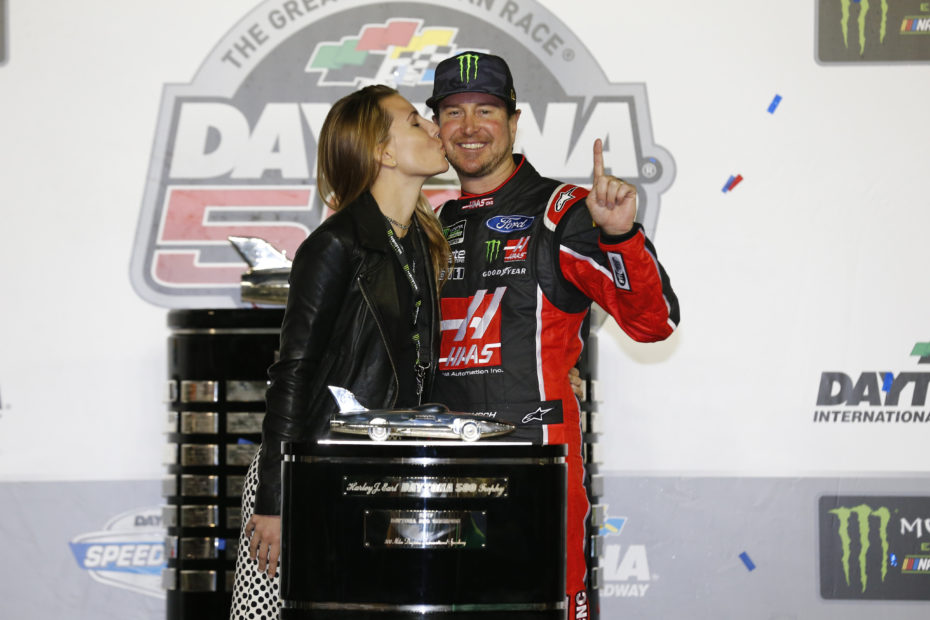 After five years of marriage, NASCAR driver Kurt Busch is separating from his wife, Ashley.

In 2017, the couple took to Eden Rock in St. Bart to marry in front of loved ones. At the time, everything was seemingly perfect, and the couple openly spoke about their love for each other.

In an interview with People, the NASCAR driver reported, “Ashley and I chose our favorite island, providing the perfect beach setting and surrounded with our closest loved ones…we wanted to share our slice of paradise found with everybody.”

The divorce comes as a shock to the racing world, considering their marriage was highly regarded as of February of this year. Taking to Instagram, Ashley celebrated their five-year wedding anniversary and wrote to her followers, “​​Five years ago, we were married on this special island. St. Barts, you have our hearts.”

In addition, the couple appeared on the CMT show “Racing Wives,” alongside Kurt’s brother Kyle Busch. When discussing the show, Ashley regarded it as an opportunity to grow closer as a family.

“It really allowed my sister-and-law and I to get so much closer and do a bunch of fun things with Kurt and Kyle. You see a different dynamic of the Busch family and a little bit of what happens outside the track,” she said.

Kurt Busch’s divorce proves you never know what goes on behind closed doors.

However, this goes to show that you never know what is happening behind closed doors. The Busch divorce showcases that social media oftentimes distorts reality, and the truth can be disappointing.

Earlier this week, news outlet TMZ confirmed that the pair are in the process of legally separating. “I am heartbroken to confirm that my wife Ashley and I are working to dissolve our marriage. Divorce is a personal and private matter, and I hope our privacy will be respected,” the professional driver shared in a statement.

Within the contents of the divorce settlement, Ashley alleged that her estranged husband “committed a tortious act.” Although she did not go into details about the act, the courts report that Busch “cut off her [Ashley] access to their joint banking account, credit cards and all other forms of support” and even “demanded she leave the family home by the first week of June, even though he has another home in which he can reside.”