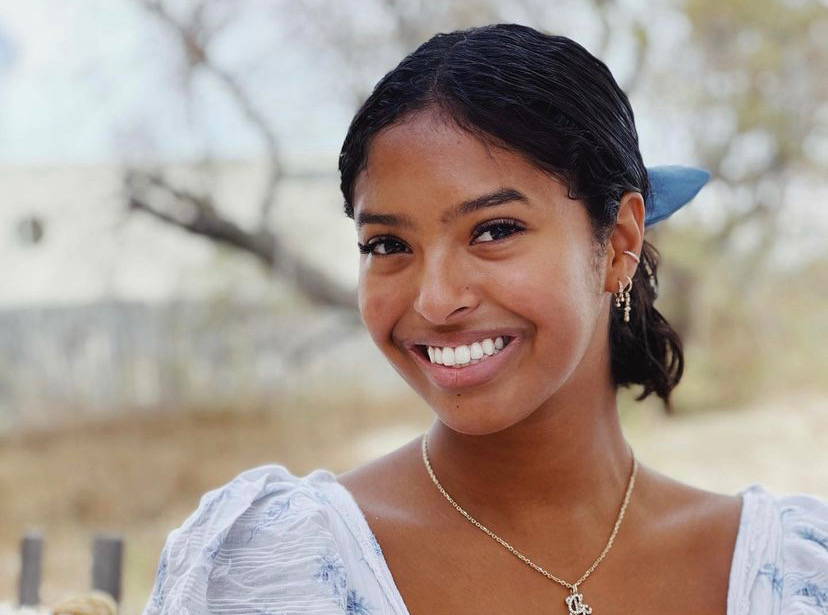 Natalia Bryant, the 18-year-old daughter of basketball legend Kobe Bryant, has plans to pursue a career in the movie industry. Amazingly, she credits her father’s Oscar-winning performance as inspiration.

Natalia, who is currently enrolled as a freshman at the University of Southern California, has recently been signed to a modeling agency called IMG.

“Anywhere we’d go we’d just keep talking about different films and how it, like, reminds us of where we are,” Bryant’s eldest daughter included. She also included the sentiments, “t’s just things like that…. It just really inspired me and I was like, ‘I want to do this forever,'” and completely credited her father as the reason behind her career choices.

Following in her father’s footsteps, Natalia has big plans to add another Academy Award to their family’s collection. “In 10 years. I want to win an Oscar. I’m not sure for what, or for what Oscar category, but that’s on my list,” the 18-year-old proclaimed. She went on to comment, “And I want to make a film where I can incorporate fashion and those fashion aspects, and I think combining my two passions, that’s just amazing. I want to be able to do that.”

Furthermore, Natalia did not hide the fact that she believes Paris is an epicenter for fashion and film, which makes it one of her all-time favorite places to visit. “I think I was really little, maybe four, and I just remember eating so many crepes. The whole trip I was just eating crepes the entire time,” she said, remembering her first visit to France. “Over the years, the more I went to Paris the more I fell in love with the city.”

More on how fashion influences her, Natalia elaborated on her love of fashion and said, “I love how fashion inspires different people from different cultures and different parts of the country. you can gain inspiration from anything and anyone and I think that’s one of the most beautiful things about fashion.”