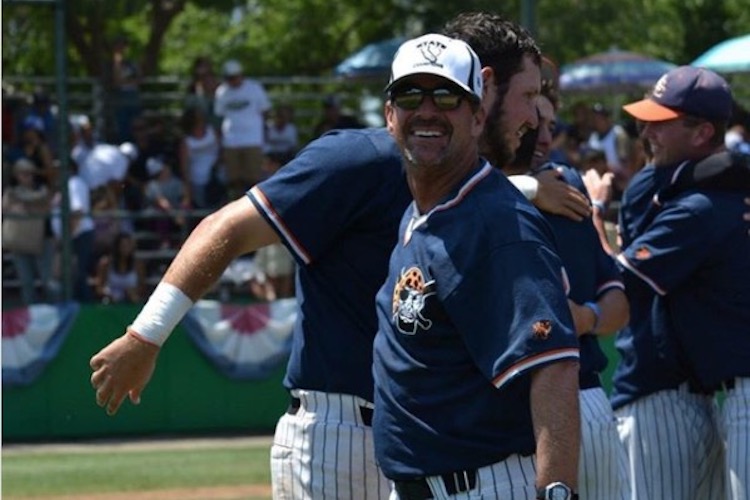 On Saturday, Natalia, 17, memorialized Altobelli who died, along with his wife Keri and their daughter Alyssa in the tragic January 26 helicopter crash alongside NBA superstar Kobe Bryant and his 13-year-old daughter Gianna.

Natalia shared a photo of the coach who is pictured smiling, in an Orange Coast College Pirates baseball uniform. “Happy Birthday Mr. Alto,” her massage reads along with a heart emoji.

The team’s Instagram account also honored the coach, sharing the same photo along with birthday wishes for him.

John’s brother, Tony Altobelli decided to celebrate his brother with a “Cheers Alto” Facebook post that included John’s favorite drink, rum and coke. He encouraged others who “partake” to join him.

“I don’t care if you knew him or not … hoist it up, people! The world is depressing enough these days. Let’s all bring up a beverage to john. That’s what he’d want. Cheers everyone!” he wrote.

I love you all, but these Alto birthday posts are depressing the shit out of me, so let’s change things up … everyone…

John was honored at the Pirates season opener in January. The team walked into the stadium underneath a banner that said, “The House That Alto Built.” Members of the team all wore John’s number, 14. A moment of silence was reserved for the beloved coach before the first pitch.

The birthday wishes for John come just one day after Vanessa Bryant filed a legal claim regarding unauthorized photos taken by Los Angeles County Sheriff’s Department officials that show the aftermath of the grizzly helicopter crash.

Vanessa’s claim seeks damages for emotional distress and mental anguish that were the result of learning that eight officials took “graphic photos” of the crash and its victims and then shared the pictures with unauthorized individuals.

Only the county coroner’s office and investigators with the National Transportation Safety Board were permitted to photograph the scene, Sheriff Alex Villanueva confirmed to reporters at the time.

“This [filing] solely is about enforcing accountability, protecting the victims and making sure no one ever has to deal with this conduct in the future,” a spokesperson for the family said. “When a family suffers the loss of loved ones, they have the right to expect that they will be treated with dignity and respect. The Deputies, in this case, betrayed that sacred trust. This claim is intended to hold the Sheriff’s Department accountable and to prevent future misconduct.”

A bill, AB-2655, titled “Invasion of Privacy: First Responders,” is currently making its way through the California Legislature. The bill would make it a crime for first responders to share out photos of bodies taken at crime scenes. If passed, anyone found to have taken unauthorized photos could face a year in jail and a $5,000 fine.

The bill was written by Assemblymember Mike A. Gipson and is now before the Assembly’s Public Safety Committee. It was drafted in direct response to the helicopter crash photo scandal, CBSLA reports.