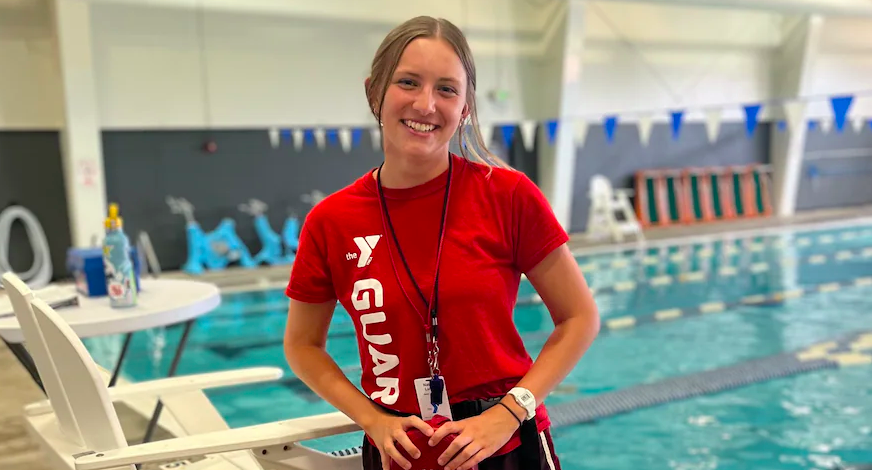 When 18-year-old Natalie Lucas showed up for her shift at the YMCA of Northern Colorado, the last thing she expected to be doing was delivering a newborn baby on the deck of the pool.

“This was something I wasn’t prepared for,” the teenage lifeguard admitted, according to The Washington Post.

Tessa Rider and her husband, Matthew Jones, expected the morning of July 24 to be just like any average summer day. Trying to escape the heat with a quiet relaxing activity, the couple was visiting their local Y to soak in the pool. At this point, Rider was nine months pregnant with her third child and a few days past her due date, but being able to soak in the pool was a major relief from discomfort.

“For the later part of her pregnancy she was very uncomfortable, and the only relief she had was when she was in the water and floating,” her husband explained.

Everything was going smoothly until roughly 10:45 a.m. when Rider felt a sudden shift in her body. “I collapsed onto all fours,” she recalled, remembering the moment she knew she was going into labor. Sensing the chaos, Lucas quickly assessed the situation and began prepping for an emergency.

“My adrenaline kicked in right then and there,” Lucas relayed. “I was helping support her head, and the husband was helping guide the baby out. I stayed calm, and I didn’t freak out, because that’s what you need to do in this job. You can’t really hesitate or wait for someone else to come. You’re the lifeguard; you’re the lifesaver.”

As a lifeguard, Lucas has been trained to handle many emergencies. However, this was her first delivery. She began prepping by grabbing towels, a first aid kit, and a walkie-talkie to alert other staff members. The teenager also asked a pool goer to call an ambulance.

Joining forces with the father, they assisted Rider in the delivery. Jones even confirmed that Lucas stayed by their side throughout the entire process. He stated, “She was right there the whole time.”

The father also shared that the YMCA worker was such a helpful nurse that she made the situation very calming, despite its hectic nature. “I would not have traded Natalie for anybody in that situation,” Jones said. “I’m just so thankful that she was a part of that, and that she supported us the way that she did.”