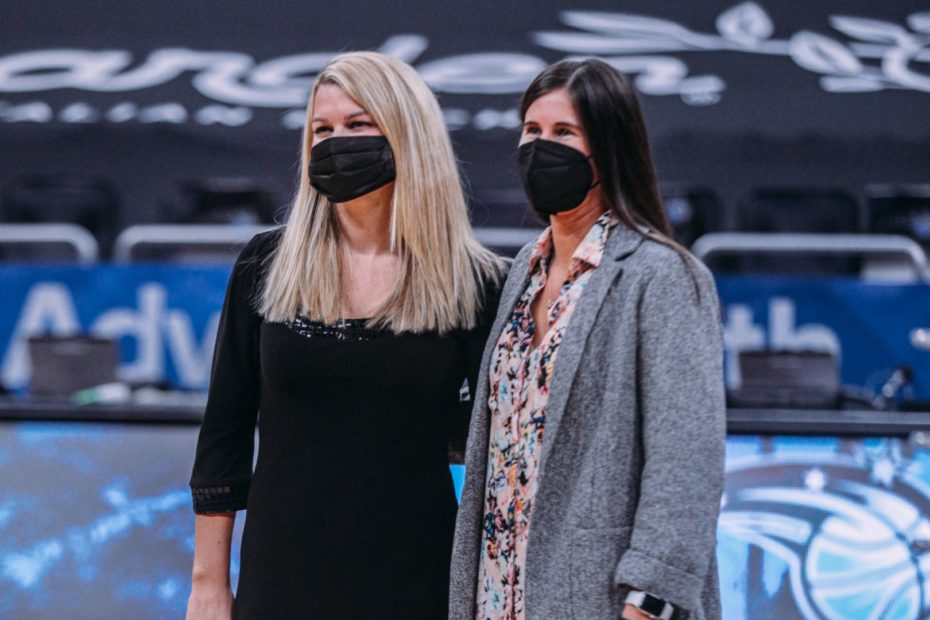 Natalie Sago and Jenna Schroeder, NBA referees, have broken barriers and are now a part of history!

According to ESPN, the refs were “assigned to the (Hornets at Magic) game, the first time in NBA history that two women have been assigned to work a regular-season contest together”.

The moment can be an inspiration for young girls, seeing they can also become a NBA referee or accomplish their dreams in whatever they set their minds to.

“It’s a special night for our league and for women and I look at somebody like my daughter, who will be watching and it’s a big step,” Charlotte Hornets head coach James Borrego said per ESPN. “I love that I’m a part of a league that’s breaking barriers, and tonight I’m proud to be a part of that game.”

Orlando Magic head coach Steve Clifford also talked about the significance of this:

Shout out to the Sago – Shroeder tandem for being lady bosses in their own right.

“It’s amazing,” Sago said per ESPN. “I’m just proud to be part of an organization that promotes people to do the job based on our abilities, not on our gender, race, ethnicity, those types of things.”

Sean Wright was the crew chief of the referee trio during that game per People.

“This is a big deal,” Schroeder said according to ESPN. “It’s like my feminist dreams (came) true, that like my personal values are colliding with my professional values and it’s awesome.”

Congrats to Schroeder and Sago!