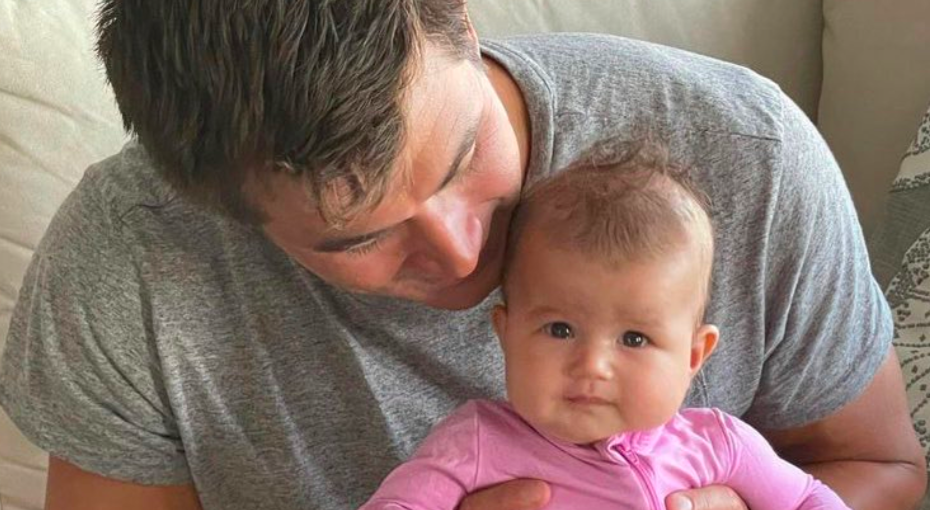 Nathan Adrian‘s got five gold medals to his name. Tack on another silver and two bronze and oh, you’re looking at eight total medals. The dude knows how to swim.

Adrian also knows how to be a dad and an overcomer.

With 47 days left until the 2021 Tokyo Olympics (as of the composition of this article), Nathan’s keeping track of the days in a different and special way.

On May 20, it was officially Adrian’s daughter’s “100 days old” celebration day!

You gotta’ love the fact that Nathan is a proud father.

And around 100 days previous to that tweet, was this one, as it’s evident Nathan is also a proud husband, as well:

Precious Parker’s got Nathan and his wife, Hallie, to take care of and parent her.

Speaking of parenting, Nathan and Hallie recently spoke to Parents Magazine’s Catherine Hong, where they talked about being a father and mother, along with what Nathan has overcame to get back to the pool as an Olympian swimmer. Here’s an excerpt from the feature on their journey:

“In December 2018, just months after marrying Hallie in Napa Valley, Nathan was diagnosed with testicular cancer. The couple learned that it could compromise his fertility—devastating for the newlyweds, who had been looking forward to starting a family. Though the cancer was caught early, Nathan required two surgeries and put training on hold…Fast-forward two years (plus one global pandemic), and he and Hallie, the director of merchandising for Pottery Barn Teen, are the elated parents of healthy…Parker. To their immense relief, she was conceived naturally after they had made backup IVF plans. Best of all, following several years of medical surveillance, Nathan has been declared cancer-free. “I feel great,” (Nathan said). “And I’m looking forward to competing.”

You can read the full Parents Magazine feature story on Nathan and Hallie here.

So glad to hear Nathan is feeling great and we look forward to watching him compete in the Tokyo Olympics!

In the meantime, Nathan and Hallie have the joys of parenting to embrace daily along with the grind it takes to chase another Olympic medal for Nathan.