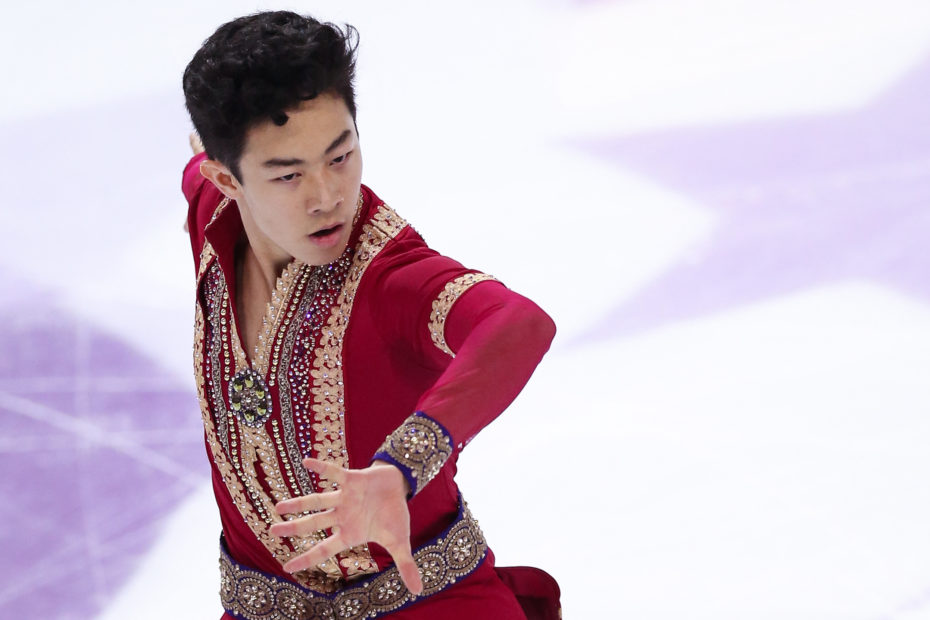 Nathan Chen Seeking Redemption in Return to the Winter Olympics

Nathan Chen made his official return to the Winter Olympics on Thursday night when he took the ice for the mixed team event. Just four years ago, he helped the United States win a bronze medal in the same event. On Thursday night, he helped put the US in an early lead in Beijing.

He was landing his jumps and nailing his spins as he flew through the ice with grace and grit. His highlights came in the form of a quadruple lutz (one of the hardest jumps to land), as well as a combination quadruple and triple jump. He finished with a final score of 111.71 in his return.

The score was good enough to lead all skaters and was a new career personal best for Chen, who skated to “La Bohème” by Charles Aznavour. Not only that, but Chen’s score of 111.71 was just 0.11 off the world record of 111.82, set by Hanyu Yuzuru at the 2020 Four Continents.

Taking a look at the other scores from the men’s short program, you can see how dominant Chen really was. Uno Shoma (Japan) took second with 105.46, and Mark Kondratiuk (ROC) took third with a 95.81. Morisi Kvitelashvili and Daniel Grassl took fourth and fifth, respectively.

Outside of the men’s short program, Chen’s teammates Madison Hubbell and Zachary Donohue won the ice dance rhythm dance. This helped the United States end the day with 28 points, ahead of the ROC with 26 points, China with 20 points, and Italy with 18 points.

While Nathan Chen looked phenomenal in his first run during Thursday night’s team event, it’s not the team event that has everyone on the edge of their seats. After what happened during the men’s singles event in 2018 PyeongChang, everyone is waiting to see if he can redeem himself.

In what ended with a disappointing fifth place finish in his Olympic debut four years ago, Nathan Chen didn’t look good. He failed to complete a triple axel, as well as a quad – a rare occasion for a skater known as the ‘Quad King.’ He looked good in the free skate, but not the short program.

In an interview with PEOPLE, Chen spoke of his shortcomings in 2018. “I think that looking back in 2018, all I could think about was skating and not being able to, obviously, skate well. So I want to definitely be able to embrace the Games in a different way,” he said ahead of the Olympics.

After his impressive run at the team event, he seemed happy with his performance and is looking forward to continuing to skate well. In an interview with reporters, he said, “”I’m just here to have fun. The amazing thing about a team event [is we] can all rely on each other.”

YOU MAY ALSO LIKE: 2022 Winter Olympics Make Astonishing Technological Advancement

The three-time World Champion, three-time Grand Prix Final winner, one-time Four Continents Champion, and one-time World Team Trophy winner is just getting started at the 2022 Winter Olympics as he seeks an opportunity to finish at the podium in this year’s competition.