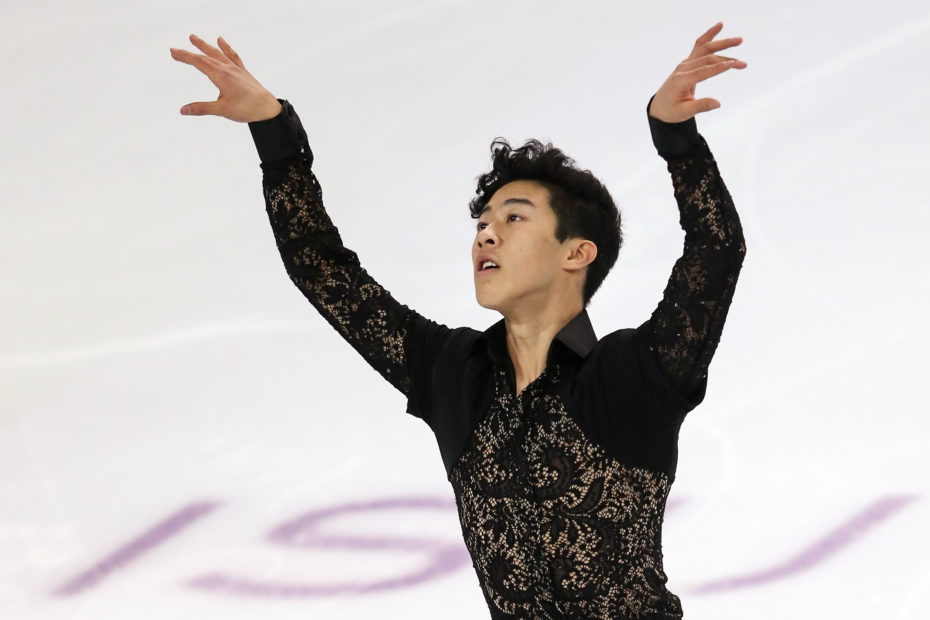 Nathan Chen has been on a redemption run during this year’s 2022 Winter Olympics and things got much sweeter on Monday night following his record-breaking performance in the men’s short program. He finished with a new world record by scoring an unthinkable 113.97 points.

The previous record was held by Yuzuru Hanyu of Japan, who posted a score of 111.82 at the 2020 Four Continents Championship. Hanyu is arguably Chen’s biggest rival as the two have been going head-to-head for years. Historically, Hanyu has gotten the best of Nathan Chen.

His run was as close to being flawless as you can get. He skated to “La Bohème” by Charles Aznavour in a set that included two quadruple jumps and a triple axel. The performance catapulted him into first place and he has an enormous lead heading into Thursday’s free skate.

Currently in second and third place behind Chen are Japan’s Yuma Kagiyama and Shoma Uno. Kagiyama scored an impressive 108.12, while Uno scored a remarkable 105.90. Neither of their runs were nearly as flawless as Chen’s, who proved just how dominant he can be in the sport.

In a surprising turn of events, Japan’s Yuzuru Hanyu finished the event with a disastrous score of 95.15. Sitting in eighth place, it’s not the performance Hanyu was hoping for. He was the favorite heading into this event, having won a gold medal at the previous two Winter Olympics.

Nathan Chen is Having Himself a Fine Winter Olympics

Chen is currently appearing in his second Winter Olympics after competing at the 2018 Winter Olympics in PyeongChang. The difference between then and now is night and day. In 2018, he had a disastrous performance in the men’s singles and failed to medal for the United States.

With that said, he did secure a bronze medal in 2018 during the mixed team event. He followed that up with an even better performance in 2022, winning a silver medal in the same event after Nathan Chen put the US in a comfortable position last Thursday. He had a final score of 111.71.

Already with a silver medal in this year’s Winter Olympics, Chen’s short program performance puts him in a comfortable lead as he prepares for his free skate run on Thursday. This sets him up to win his first ever gold medal, though he still needs to perform well to make that happen.

He added, “Every opportunity that I get at competitions is one that I should be grateful for, especially the Olympics, that’s a completely different story. So I’m just really happy to be here.”

YOU MAY ALSO LIKE: 25 Olympians You Should Look Out for During the Winter Olympics

We look forward to seeing what Nathan Chen can do for his country on Thursday. His redemption run is going extremely well and he has a chance to end Yuzuru Hanyu’s two-year reign as a gold medalist. We’ll definitely keep you informed as the Winter Olympics continue.