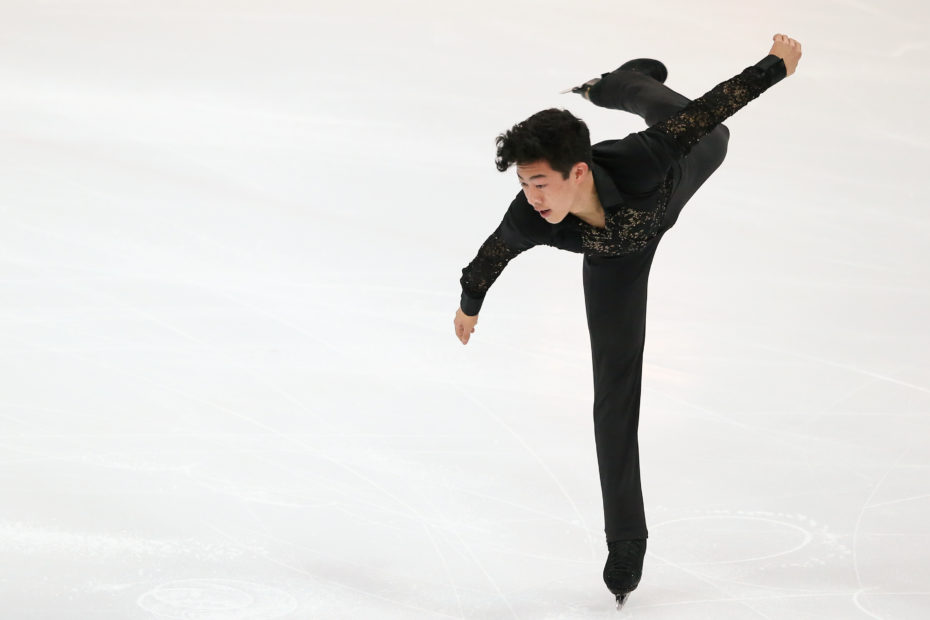 Nathan Chen was in a league of his own when skaters took the ice on Wednesday night. He was the final skater to perform and he did so in a major way, finishing the men’s free skate with a score of 218.63 – a technical score of 121.41 and a program components score of 97.22.

His score, combined with his world record-breaking 113.97 score in Monday night’s men’s short program, produced a final score of 332.60. It was good enough for his first Olympic gold medal and second medal of the 2022 Winter Olympics after winning a silver medal in the team event.

His run was played to a medley of Elton John songs from Rocketman, a 2019 film that told Elton John’s story. It was a high-tempo run that included a lot of impressive jumps, including opening the run with a quadruple flip and a triple toe loop. He landed all five of his quads during his run.

Whether you were watching the event live or looking at the scorecards following the event, it was clear no other skater matched up to what Nathan Chen was putting down. He outlasted three incredible runs from three highly talented Japanese skaters that easily could’ve won.

Yuma Kagiyama came away with the silver medal after putting up a combined score of 310.05 – more than 20 points less than Chen. Shoma Uno takes home bronze with a score of 293.00. Yuzuru Hanyu, the two-time defending gold medalist, fell to fourth place with a score of 283.1.

The only other American in the field, Jason Brown, had an impressive run of his own. He finished the men’s long program with a 184.00 in the short program and a 97.24 in the long program. He finished the event with a combined score of 281.24, good enough for sixth place.

Nathan Chen was skating in his second consecutive Winter Olympics after making his debut at the 2018 PyeongChang games. After a bronze medal in the team event, Chen opened up the men’s event with a disastrous 82.27 score in the short program – over 30 points less than 2022.

That disastrous run in 2018 put Chen in 17th place heading into the long program. Although he finished with the top score in that event (215.08), it was only enough to put him in fifth place as he missed the podium by nearly eight points. It was a nightmare performance for Nathan Chen.

Entering the 2022 Winter Olympics, Chen knew what he was after – redemption. He did so in a major way, starting with a silver medal in the team event – an improvement from 2018’s bronze. Chen finished the team event with the highest men’s score (111.71), a personal best for him.

He followed that up with a dazzling performance in the men’s short program, which ended with a world record 113.97. The previous record was held by Hanyu with a 111.82 at the 2020 Four Continents Championships. Chen already held world records in free skate and combined score.

His performance on Wednesday night further validated his efforts in 2022. It marked the first time he had ever won an Olympic gold medal, but likely won’t be his last at just 22 years old. He also became the first American to win a figure skating gold medal since Evan Lysacek in 2010.

YOU MAY ALSO LIKE: This Will Be Shaun White’s Final Winter Olympic Games

The United States now has four gold medals to go along with five silver medals and one bronze medal. Their 10 total medals currently ranks fifth among all other countries. With plenty more Olympics to go, we’ll see if the US can climb up the medal board in the coming week.