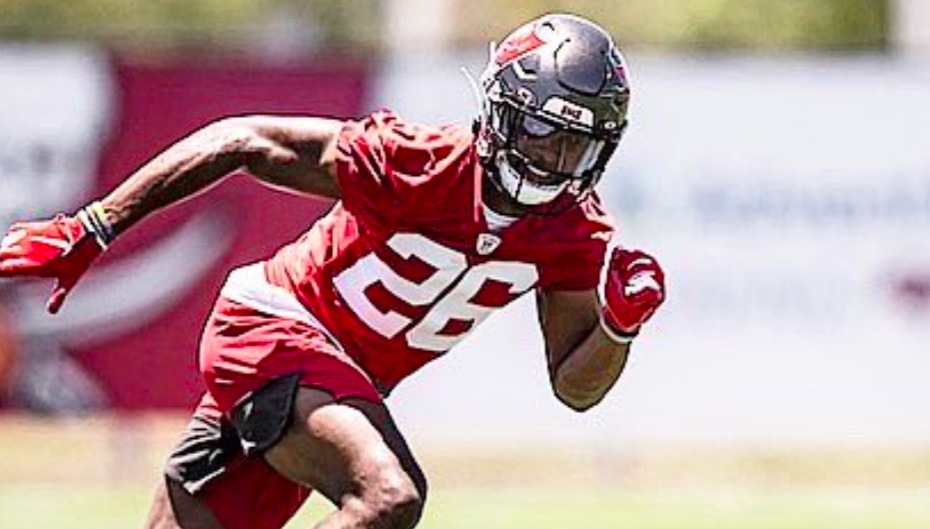 Cameron Kinley, US Naval Academy Class President, Signed as an Undrafted Free Agent, But the Navy Won’t Let Him Play

Cameron Kinley was the Naval Academy class president for the class of 2021 and gave the commencement speech on a stage that was also hosting Vice President Kamala Harris. That within itself is an incredible accomplishment.

But, on top of being an outstanding student, Kinley excelled not only in the classroom at the Naval Academy but also on the football field as a team captain, the Washington Post reports.

Not only that but after proving himself on the field for four years at Navy, he decided to enter the NFL Draft.

Here’s a look into why he made this decision via a Twitter thread on April 28, a day before the draft. He titled the thread, “Take the Leap of Faith”:

That next step in his journey would come in the form of an NFL opportunity. After going undrafted, his time, his shot came. Navy Sports reported that Kinley also was “signed by the Super Bowl Champion Tampa Bay Buccaneers” as an undrafted free agent.

Kinley, the Naval Academy class president and football team captain, lining up next to Tom Brady, Rob Gronkowski, Antonio Brown, and company, to be a part of their quest to get to back-to-back Super Bowls. It was a dream come ture.

“Didn’t beat the odds, just kept my trust in God!” Kinley tweeted on May 2. “Ready to get to work!”

And got to work he did.

Showing up and showing out, he impressed at the Buccaneers rookie minicamp.

Navy already knew his talents as a football player. Navy Sports listed that he “started 23 games in his career and recorded 87 tackles, 3.5 tackles for a loss, 1 sack, 1 interception, 1 forced fumble and broke up 12 passes.”

Navy Sports’ bio described him on the field as a “talented player that is exceptional in coverage”. But lately, a lot of the national coverage on Kinley has been about something other than his talent as a defensive back on a football field.

“The U.S. Navy has denied rookie CB Cameron Kinley’s request to delay his commission to play in the NFL, the agency that represents him has said in a statement,” ESPN tweeted on June 7. “Kinley, a Naval Academy graduate, is not permitted to appeal the decision.”

It’s been a national topic of conversation that has so many people upset that the Navy won’t allow Kinley to play in the NFL and delay his service. It’s been brought up in conversations that it’s been granted for players beforehand to be able to play in the league while delaying their service.

“In 2017, the Department of Defense barred players from delaying their commissions. The policy was reversed in 2019, though, and some players were allowed exemptions. Former Army linebacker Jon Rhattigan, for instance, signed with the Seattle Seahawks after the draft and said he has been cleared to remain with the team. In addition, Air Force offensive lineman Nolan Laufenberg was allowed to sign with the Denver Broncos, and his former teammate, defensive tackle George Silvanic, was allowed to sign with the Los Angeles Rams. It is not immediately clear why Rhattigan, Laufenberg, and Silvanic’s request for delayed commission were granted and Kinley’s was not.”

ESPN’s Joe DeMartino, on the other hand, mentions that “he’s not the only player who’s had to complete military service before beginning his pro sports dream”. DeMartino states “ESPN Stats & Information came up with a list of some notable others,” like, Roger Staubach, Napoleon McCallum, Phil McConkey, Alejandro Villanueva, and David Robinson.

But, with the 2019 policy being reversed and a history of players being granted the delay, the hope was to be able to delay it in this case. One that, frankly, so many people thought should’ve been granted.

Navy Football, at least, if not everybody seemingly was super excited for Kinley at this incredible opportunity.

“Congrats to @ck3thethrill for signing with the Bucs!!” Navy Football tweeted on May 3. “They are getting a special player out of Cam!! #BuiltDifferent

Kinley thought he could be an ambassador for the Navy in the NFL, that he would still fulfill his requirement as an officer after his time in the NFL, and was in no way trying to get out of that contract but simply delay it so he could also pursue his dreams playing the sport he loves.

Richard Kinley, Cameron’s father, has his son’s back, clapping back at the haters (lovingly, of course), tweeting this and this at his son’s defense.

Buccaneers head coach Bruce Arians thinks highly of Kinley and if he is eventually allowed to playby the Navy by training camp this year, he would welcome him back with open arms.

In the meantime, Kinley is keeping the faith, staying strong and resilient, and staying encouraged amidst the adversity he’s facing. As the poster says behind him in this video, ‘hustle & heart will set you apart’, he showed the hustle on the football field to be able to get signed by the defending Super Bowl champions.

Cameron’s shown heart by having the humility and grace and strength to get through a situation like this and is continuing to show that heart by staying strong through it all, wanting to encourage others to do the same.