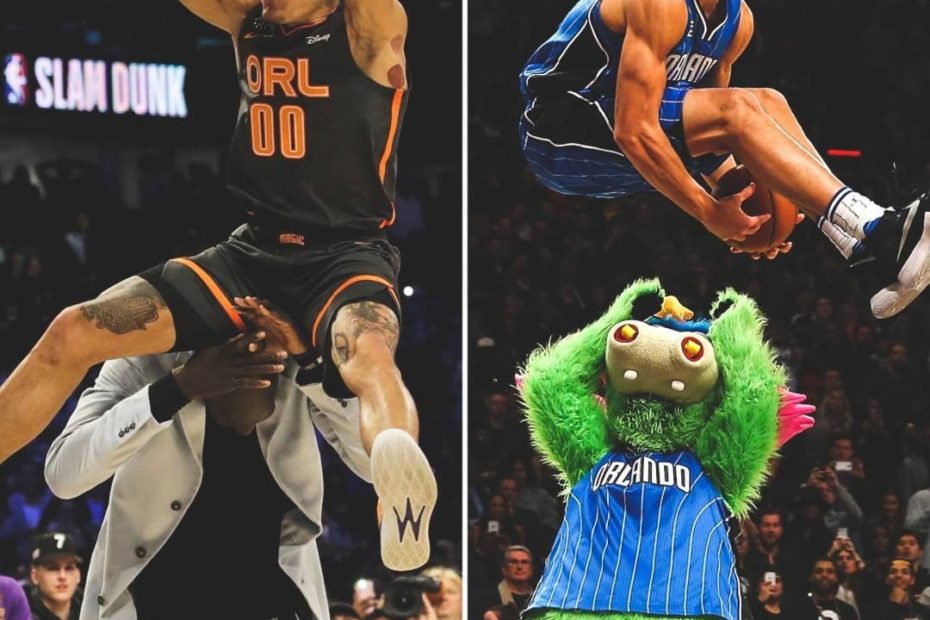 Mountain Dew 3-point Contest: Buddy Hield won in the championship round with 27 points.

AT&T Slam Dunk Contest: Derrick Jones Jr. beat Aaron Gordon in the final round with a score of 48.

Last night was arguably the best Saturday of All-Star Weekend ever. Not only did the 3-point contest come down to a game winning three by Buddy Hield, but yesterday had one of the greatest dunk contests of all time. However, many on the internet are outraged by the fact that Aaron Gordon lost the dunk contest on his final dunk attemot over Tacko Fall. So, with this being said: was Aaron Gordon robbed?

In my opinion Aaron Gordon did deserve to win the dunk contest, and to make it worse, this is the second time it has happened to him. He has participated in two of the greatest dunk contests of all time and was robbed from winning both of them. While Derrick Jones Jr. did have an outstanding collection of dunks, to most people who watched that contest, including myself, Aaron should have won.

One reason why I think Aaron should have won is that he was more creative with his final dunk. When it came to the two contestants final attempts, Derrick Jones Jr. went to the classic free throw line slam (which he didn’t even jump from). While he did do an incredible dunk, we have all seen multiple times before. Instead of going to a dunk done by many before, Aaron Gordon decided jump over the tallest person possible. Not only did he accomplish this feat on his first attempt, but he was able to clear him clear him.

Aaron had played a perfect contest. If he had received his deserved score on his final dunk (a 50), Gordon would have the best performance in a dunk contest ever. While I understand that the last dunk was what would decide who won or lost, I think Aaron deserved to win even if he didn’t do such an impressive dunk, given that he had been so impressive throughout the night.

The consequences of Aaron losing seem to be worse than anyone could have expected. Not only did Aaron say that he is retiring from the dunk contest, but rookie phenom Ja Morant has said on twitter that he will not be competing next season, and most likely the entirety of his career. While in the long run, the implications of this robbery will most likely not affect the NBA, it is disappointing that the wrong person was crowned the champion after such an outstanding night.