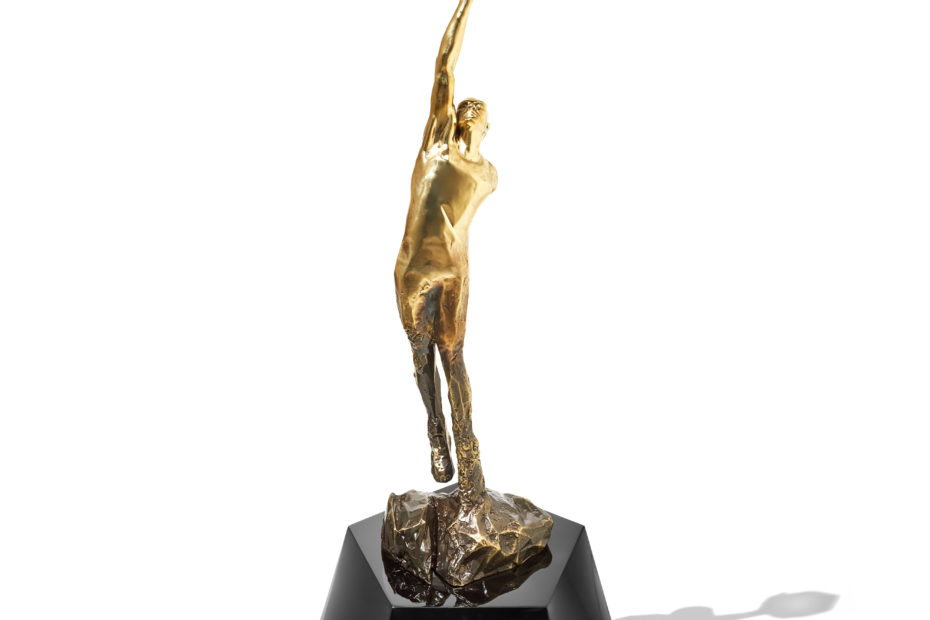 The NBA is honoring one of the greatest players to ever step foot on the court, Michael Jordan, by renaming the MVP trophy after him – he won five MVP awards during his legendary 15-year playing career. Starting in 2022, the Michael Jordan Trophy will be awarded to the Kia NBA Most Valuable Player.

And that’s not all – they’re also unveiling a brand new trophy for the 2022 season – the Jerry West Trophy, which will be given to the league’s Clutch Player of the Year. As you can see, the NBA is honoring some of the game’s most impressive and iconic players of all-time – a very smart move on their part.

The NBA Most Valuable Player award was introduced during the 1955-56 season when Bob Pettit, a power forward for the St. Louis Hawks, won it. Since then, 35 other NBA players have won the award (representing 22 different teams) and 15 players have won it multiple times – Pettit being one of them.

MJ might not be the all-time leader in MVPs won, but Abdul-Jabbar and Russell already have trophies named after them – and, let’s be honest, Michael Jordan just seemed like the best fit for this award. While we wait to see who wins this year’s MVP award, let’s reminisce about the five times MJ won the award.

The 1987-88 season was Michael Jordan’s fourth season in the NBA. The Chicago Bulls were coming off a 40-42 season the year before that saw them swept in the first round of the playoffs by the Celtics. It was Jordan’s third consecutive first round exit, so that bitter taste in his mouth was only getting more bitter.

That’s when MJ did something so profound – to put it in one word, Jordan’s 1987-88 season was ‘wild.’ His team was 27-18 at the All-Star break, but MJ was named an All-Star for the fourth consecutive season and he walked away from the weekend as the Slam Dunk Champion and All-Star Game MVP.

After the All-Star break, he led his team to a 23-14 record to finish the season 50-32. They finally made it past the first round (before losing in the Conference Semifinals). By then, he had already been named MVP and Defensive Player of the Year – he was also named to the All-NBA and All-Defensive teams.

Here are some of his best performances during the 1987-88 season:

Jordan was determined to do better – and he did. The Bulls ended the 1990-91 season with a 61-21 record, which was a franchise record for most wins in a single season at the time. His team was 32-14 at the All-Star break and ended the season 29-7 en route to Jordan securing his second MVP award.

In addition to the MVP honor, Jordan was also named an All-Star and was selected to both the All-NBA First Team and All-Defensive First Team. He finished the regular season averaging 31.5 points, 6.0 rebounds, 5.5 assists, 2.7 steals, and 1.0 blocks in 37.0 minutes per game – he played in all 82 games.

Here are some of his best performances during the 1990-91 season:

All in all, he finished the 1990-91 regular season with at least 30 points in 52 games and at least 40 points in 11 games. He recorded 13 double-doubles and had at least 5 steals in 14 games. Much like we’ve seen in year’s past, MJ was lighting it up daily. He only scored less than 20 points in four games.

His season didn’t end there. He played just as well in the 1991 playoffs, averaging 31.1 points, 6.4 rebounds, 8.4 assists, 2.4 steals, and 1.4 blocks in 17 games played. He led the Bulls to a 15-2 record in the playoffs en route to the Bulls’ first championship in franchise history – Jordan was named Finals MVP.

The 1991-92 season was Michael Jordan’s eighth season in the NBA. Coming off a year that saw MJ win a championship, MVP, and Finals MVP, many people were wondering if he could do it again. And just when you thought MJ couldn’t surprise you anymore than he already did, he went and did it all over again.

Jordan led his team to a 39-9 record by the All-Star break and went 28-6 in the second half of the season to end the year 67-15 – once again, breaking the franchise record for most wins in a season. Jordan won his third total and second consecutive MVP award. It was a steady reminder that he was the NBA’s best.

Here are some of his best performances during the 1991-92 regular season:

Jordan continued to tear defenses apart in the playoffs – averaging 34.5 points, 6.2 rebounds, 5.8 assists, 2.0 steals, and 0.7 blocks in 41.8 minutes per game (22 games). And as fate would have it, his Bulls won their second consecutive title. Jordan was also named Finals MVP for the second consecutive season.

The 1995-96 season was Michael Jordan’s 11th season in the NBA and his first full season since coming out of retirement towards the end of the 1994-95 season. He played in 17 games that regular season and helped lead the Bulls to the Conference Semifinals, but was eventually ousted by the Orlando Magic.

That’s when Michael Jordan reminded us that he was back – and I mean BACK. By the All-Star break, MJ had his team comfortably sitting atop the NBA with a 42-5 record (I’ll let you read that again). They didn’t let up, either – going 30-5 after the All-Star break and ending the year 72-10, an NBA record at the time.

He finished the regular season averaging 30.4 points, 6.6 rebounds, 4.3 assists, 2.2 steals, and 0.5 blocks in 37.7 minutes per game – he played in all 82 games. He not only led the league in scoring, but was named MVP, All-NBA First Team, All-Defensive First Team, and was the MVP of the All-Star game.

Here are some of his best performances during the 1995-96 regular season:

Jordan had one 50-point game during the regular season, 9 games with at least 40 points, and 48 games with at least 30 points – that’s more than half the season. He recorded 12 double-doubles, had at least 5 steals in 4 games, and even had a game where he went 5 of 7 from long range. He truly does it all.

The magic continued in the playoffs, where he averaged 30.7 points, 4.9 rebounds, 4.1 assists, 1.8 steals, and 0.3 blocks in 40.7 minutes per game. He led the Bulls to a 15-3 record in the playoffs, en route to his fourth NBA championship and fourth Finals MVP. Like I said above, Michael Jordan was officially back.

The 1997-98 season was Michael Jordan’s 13th season in the NBA. The Chicago Bulls were coming off their second straight championship after going 62-20 in the regular season. After winning three straight titles between 1991 and 1993, many people were wondering if MJ and the Bulls could do it again.

Spoiler alert – they did. Jordan had the Bulls at a respectable 34-15 at the All-Star break. During that break, MJ secured yet another All-Star Game MVP honor before leading the Bulls to a 28-5 record to finish the regular season 62-20. It was the fifth time he led the Bulls to at least 60 wins in a season.

Here are some of the best performances from his 1997-98 MVP season:

Jordan failed to score 50 points in a game during the regular season, but managed to score at least 40 points in 12 games and at least 30 points in 35 games – he also recorded five double-doubles. It was yet another productive campaign for MJ, despite his numbers dipping for the second consecutive season.

Then playoff Jordan appeared and things were back to normal. He averaged 32.4 points, 5.1 rebounds, 3.5 assists, 1.5 steals, and 0.6 blocks in 41.5 minutes per game. The Bulls went 15-6 in the playoffs, with MJ leading them to their third consecutive title and sixth title in eight years. He briefly retired afterwards.

Michael Jordan Had a Legacy That’ll Live On Forever

Michael Jordan was drafted by the Chicago Bulls with the No. 3 overall pick in 1984, making his NBA debut on October 26th of that year. He would go on to play 15 seasons in the league – 13 of which with the Bulls, before finishing his career with the Washington Wizards. He retired three times in his career.

YOU MAY ALSO LIKE: 20 Best NBA MVPs Over the Years