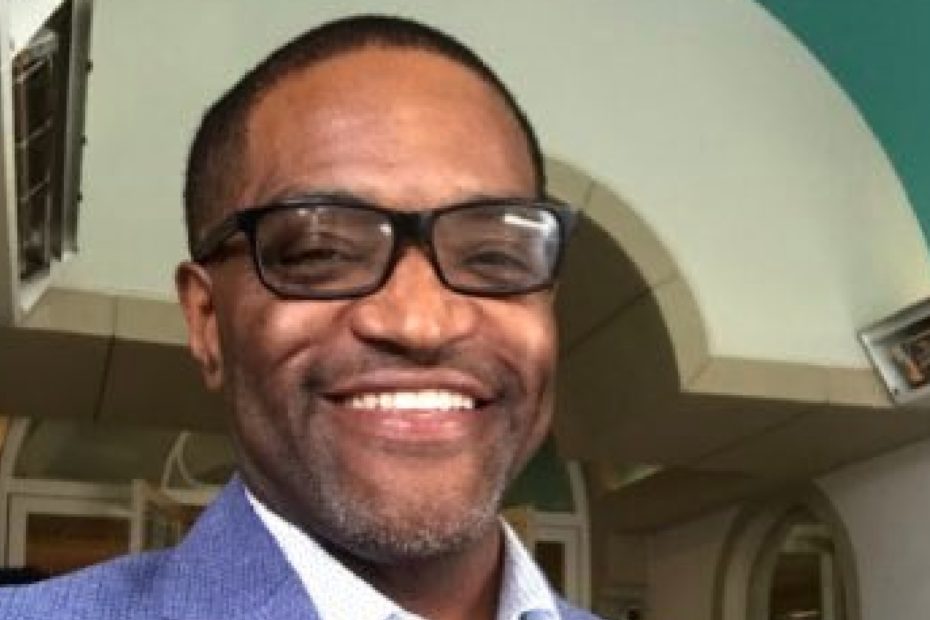 NBA Community Remembers, Honors Beloved Sekou Smith: ‘He Was Everything That Was Right About This Business And The NBA’

NBA Community Remembers, Honors Beloved Sekou Smith: ‘He Was Everything That Was Right About This Business And The NBA’

Everyone’s best friend. One of the most affable and dedicated reporters in the NBA. Such a wonderful person. A true life force. Always smiling, always laughing. A warm, engaging personality and an ability to truly connect with people. Everything that was right about the NBA.

These exact descriptions and countless more have been shared about the beloved NBA journalist, colleague, friend, husband, father, and family man: Sekou Smith.

We will share who said those traits about Smith and let those who truly knew him best share and reflect on his legacy.

“The NBA mourns the passing of Sekou Smith, a beloved member of the NBA family. Sekou was one of the most affable and dedicated reporters in the NBA and a terrific friend to so many across the league. He covered the game for more than two decades, including the past 11 years with Turner Sports, where he showed his full range of skills as an engaging television analyst, podcast host and writer. Sekou’s love of basketball was clear to everyone who knew him and it always shined through in his work. Our heartfelt condolences go to his wife, Heather, and their children, Gabriel, Rielly and Cameron.”

“To anyone who knew Sekou, he was the utmost professional and someone who was so dedicated to his craft. He was well connected throughout the industry and his passion and love for the game was unwavering … beyond his many professional accomplishments, Sekou will be remembered as being such a wonderful person. His closest friends describe him as “everyone’s best friend” for how much he genuinely cared for others at all times. He had such a warm, engaging personality and an ability to truly connect with people.”

The Atlanta Hawks organization is heartbroken by the passing of Sekou Smith. The Hawks’ beat writer for the Atlanta Journal-Constitution from 2005-09, Sekou provided our fans with honest and fair coverage, sharing incredible insight on the team while establishing himself as one of the NBA’s top basketball personalities. He made Atlanta his home, continuing his brilliant work at NBA Digital on TV and behind the keyboard telling the stories of the league in his unique way. Sekou’s passion for the NBA and its players was only outmatched by the pride and love he reserved for his family and friends. We send our condolences to his wife Heather and their three children. He will be sorely missed.

“I don’t know anyone who moved more easily than Sekou through the many layers of the NBA, from players to coaches to front-office executives to agents to billionaire owners to fans to fellow media folks, all the while maintaining his integrity as a reporter and his great upbeat nature as a man … he was a true life force.”

“Sekou was truly a brother to me. We started covering the NBA around the same time and been close for as long as I can remember. He always showed me a brotherly friendship, humility, honesty and humor. We debated on hoop, but always respected each other’s opinion. He truly cared about how I was doing even during his tough days and rooted for your success and happiness. I’m so glad we got to spend some time together in the (Orlando) bubble. So glad we were able to tell each other we love each other two weeks ago. Sekou truly made the world a better place. I’m just stunned.”

“Sekou was my brother from another. We bonded from Day 1, mostly because he bonded with everybody from Day 1. I looked forward to every trip to The Finals or All-Star Weekend because I was going to spend extended time with my favorite person outside my own family … I will treasure every moment, even when I was talking to him and then turned to realize that he fell asleep. That dude had a remarkable ability to take naps anytime, anywhere, even when the BART train, with its hard plastic seats, was screeching along the path from San Francisco to Oakland. When something crazy happened in the NBA, it was Sekou whom I was immediately texting or calling. But our conversations went well beyond basketball and they helped me become the man, the husband and father that I am today. We were contemporaries, but I wanted to be like Sekou. I’m going to miss him desperately.”

“I think the word that you can’t stress enough with Sekou is kindness. This business has become so fast paced with deadlines, story breaking, the rush of everything and it’s easy to forget the human side, to go out of your way to just be nice to people. He never forgot that step. Ever. Always smiling, always laughing, always giving you that look when he thought you were BS’ing him. But never anything but kind. He was everything that was right about this business and the NBA.”

So many people are remembering and honoring Smith’s legacy, praying for his family and loved ones:

The Hawks had a moment of silence for Smith before their game at home against the Nets per the Hawks Twitter.

More NBA teams had touching tributes in memory of Smith.

The Bible verse Mark Jones mentioned reads: “Rejoice in the Lord always. I will say it again: Rejoice!” (NIV). The passage goes on to say in verses five through seven: “Let your gentleness be evident to all. The Lord is near. Do not be anxious about anything, but in every situation, by prayer and petition, with thanksgiving, present your requests to God. And the peace of God, which transcends all understanding, will guard your hearts and your minds in Christ Jesus.”

Marc J. Spears: ‘You were a gift to this Earth as a friend, father and a man…prayers to your wife & family’:

John Schuhmann: ‘I’m absolutely gutted, especially for his wife, his kids & his pops…I love you, brother’:

Jerry Brewer: ‘A bright light in our profession’:

Man today just got a little heavier… my condolences to Sekou’s wife, family, friends, and extended NBA family. What a kind and compassionate man we just lost. 🙏🏾🕊