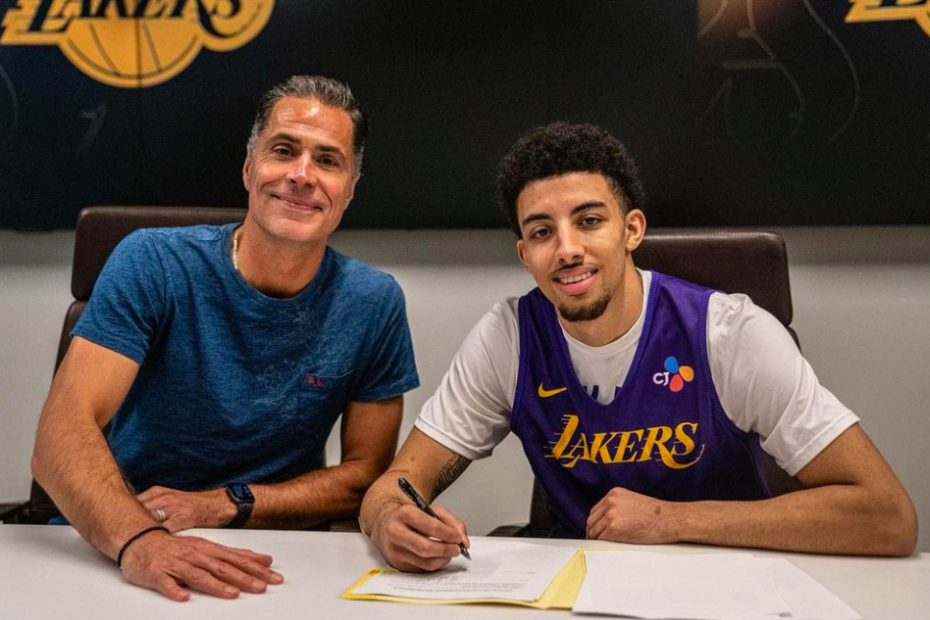 NBA legend Scottie Pippen was smiling from ear to ear as he played basketball alongside his 21-year-old son, Scotty Pippen Jr.

Scotty Jr, a former player for Vanderbilt University, was recently drafted by the Los Angeles Lakers and his NBA Hall of Famer father is ecstatic to watch his professional basketball career blossom. “As a father, I can’t continue to lead or guide him on the court. At some point, I took my own wings and went and he will do the same,” the 56-year-old said in an exclusive interview with PEOPLE. “I’m very proud of him.”

Although the young adult is surely excited to begin his career, Pippen left quite large shoes to fill. Young Scotty is the descendant of a two-time U.S. Olympic gold medalist and Chicago Bulls veteran. Despite building up an impressive resume, Scotty Jr. doesn’t recall much of his father’s career.

“I don’t really remember too much of it because he retired when I was about five,” the Los Angeles Lakers player shared. “I remember going to the gym, the Bulls facilities and going to the games, but most of my memories of his career are based off watching his highlights on YouTube with my little brother.”

Signing with the Lakers is the moment Scotty Pippen Jr. has been preparing for

Since he was a child, Scotty seems to have been destined for the court. Attending Sierra Canyon High School, a school known for talented athletes, he went on to Vanderbilt University for three years before deciding to join the NBA draft. According to both Pippen boys, Scottie Sr. has been coaching his son through the process for years.

“I tried to talk him through it his whole life, just teaching him the game and making him feel like that’s the path you’re on,” the six-time NBA champion relayed. “You just teach him and hope for the blessing of God and a little luck and things falling in your way, but it’s about preparing him for it and hoping and praying it happened.”

Even after signing with one of the best franchises in NBA history, Scotty Pippen Jr. doesn’t believe this is reality. “It’s still hasn’t hit me yet,” he explained. “Even when I go to the gym, it still feels like I’m just in college or high school. It doesn’t really feel like I’m really here, so I’m soaking it in day by day and still trying to get a feel for it.”