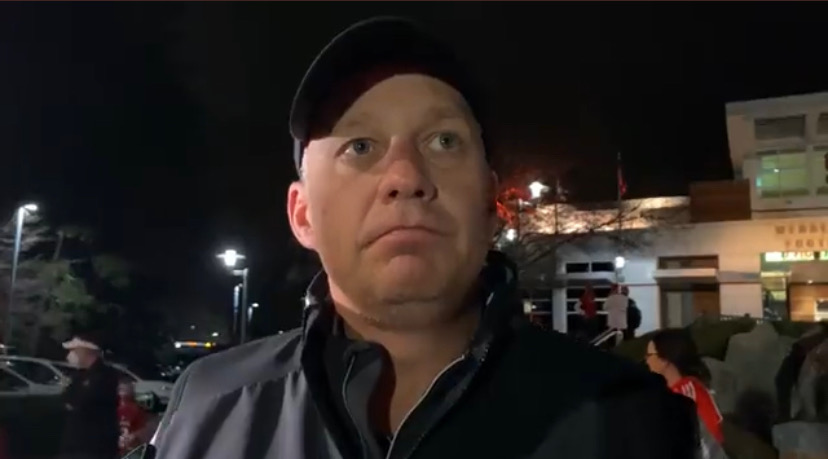 North Carolina State football coach Dave Doeren has been outspoken about his displeasure over the NCAA canceling the historic Holiday Bowl.

On Monday, the San Diego County Credit Union Holiday Bowl was canceled over UCLA’s COVID-19 concerns. When the Los Angeles-based team pulled out of the Bowl, the organization was unable to find a replacement for NC to go up against, leaving them without a game.

According to coach Dave Doeren, the lack of communication has left his team with a bad taste in their mouth.

“It’s not the fact that we couldn’t play UCLA. If they had those medical issues, that’s just life,” the coach explained to ESPN. “That’s not what we’re upset about. We’re upset that they had to have known prior to four hours before the game that this was a possibility, and communication would have been great. Surely they had an idea. A heads up so we could start calling these other schools that are out there to at least play would have been good.”

However, Doeren had more critiques to share in relation to the NCAA. In his opinion, not counting UCLA’s abandonment of the game as a forfeit is inconsiderate to the league.

The coach even noted that the College Football Playoff required teams who pulled out due to COVID-19 concerns to forfeit the game. With this in mind, Doeren doesn’t think it makes sense for the rules to be altered in the case of the Holiday Bowl.

Don Doeren says the NCAA stands for ‘No Clue At All’

“The NCAA stands for No Clue At All in my opinion,” he said. “I don’t really care what they say about it. We took a roster of guys down there, had zero COVID issues, practiced every day, did everything right, didn’t even get a chance to play the game. As far as I’m concerned, we did beat them. They couldn’t even get to the field.”

Considering that NC State had to take time away from holiday break and travel all the way to California before the game was promptly canceled, the coaching staff and players feel as though their time was wasted.

Doeren even insinuated that he felt lied to by UCLA’s football organization earlier this week. “We felt like UCLA probably knew something was going on with their team and didn’t tell anyone on our side,” he relayed. Doeren then went on to share, “We had no clue they were up against that. I don’t think it was very well handled from their university.”