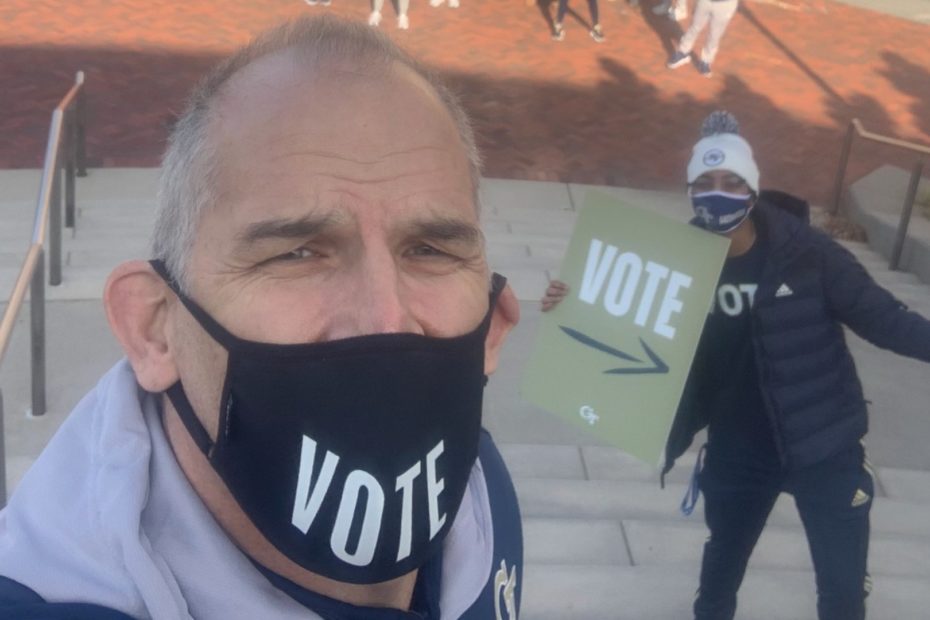 November 3 is Election Day and as Americans throughout this great country from the East Coast to the West Coast head to the polls, one organization will be taking the day off to focus on their civic duty. And that organization just so happens to be NCAA Division I Athletics.

In September, it was announced that the “NCAA Division I Council approved a measure that will prohibit Division I student-athletes from practicing and competing on the first Tuesday” of November “every year to allow them to vote in elections or participate in other civic activities,” ESPN reports.

In early June, Georgia Tech men’s basketball associate head coach Eric Reveno, tweeted, “Federal election day, Nov 3rd, needs to be a NCAA mandatory off day. We must empower, educate, and guide our athletes to be part of the change. We need action. There is symbolism in every holiday and it’s powerful.”

In an article, ESPN’s Adam Rittenberg highlights how Reveno “has become the leading voice about college athlete voting and education” ever since.

“Until June, if you had asked me, what are my hobbies, I wouldn’t have known anything,” Reveno said, per ESPN. “I didn’t have hobbies. Now I would say this has become my hobby. It is a basic, civic responsibility. It wasn’t a change of heart for me. I didn’t change a perspective or an attitude. It was an epiphany for me that it makes perfect sense. This was consistent with why I coach. I realized, ‘Why aren’t coaches doing this?'”

From coaches to players to you, people are recognizing just how important it is for all Americans to exercise their right to vote. And you still have time, so do it, go out and vote.