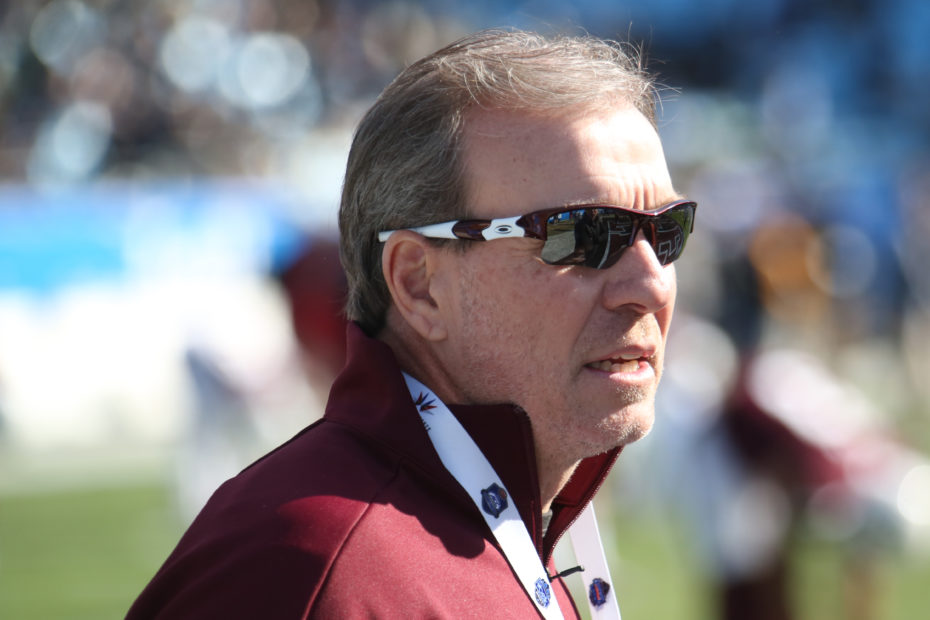 Over the last week, tensions within the NCAAF have been high. More specifically, eyebrows were raised when Nick Saban, head coach for the University of Alabama, made questionable remarks in regard to Texas A&M’s 2022 season recruiting process.

According to ESPN, the Alabama football coach was discussing the inner ropes of college football with business executives. Saban proceeded to make the claims that “A&M bought every player” in its highly ranked recruiting lineup for the 2022 season.

To elaborate, a majority of Texas players obtained deals for their name, image, and likeness. However, for the Alabama-based team, they argue that their lineup was crafted “the right way” with only 25% of athletes having NIL deals.

Following these strongly worded proclamations, Texas A&M head coach Jimbo Fisher had no problems clapping back with his own thoughts on the matter.

“Some people think they’re God. Go dig into how God did his deal. You may find out … a lot of things you don’t want to know,” Fisher began, speaking in a press conference with references to Saban. He added the sentiments, “We build him up to be the czar of football. Go dig into his past, or anybody’s that’s ever coached with him. You can find out anything you want to find out, what he does and how he does it.”

With a strong tone, the NCAAF coach added, “It’s despicable.”

Fisher went on to detail his personal relationship with Saban. Explaining that he has known the fellow coach for years, his comments come across as all the more confusing.

He went on to address both players and fans who have experienced turmoil following Saban’s slight diss. Fisher relayed, “I apologize to you, the people who insult you publicly… And our fans, I apologize to you guys for people saying those things about Texas A&M. [I] promise you this: there are no violations or are nothing wrong.”