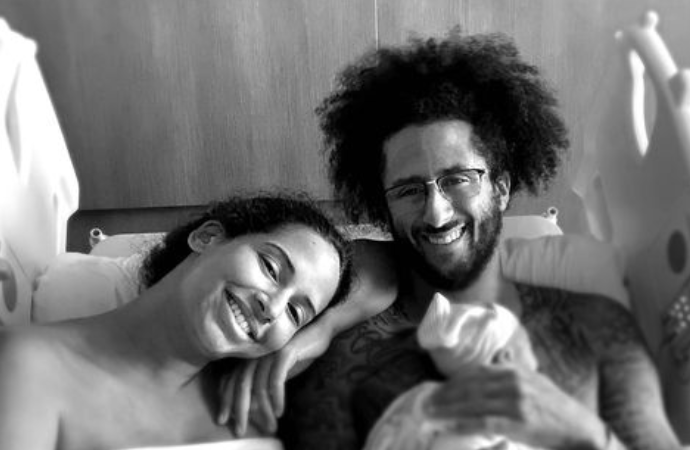 Nessa Diab and Colin Kaepernick Are Excited to Announce Their 1st Child Together is Here!

On Instagram, Nessa Diab announced that she and former NFL quarterback Colin Kaepernick are officially parents to their first child together.

Diab, who works as a radio show personality, explained on social media that she was initially hesitant to announce the birth of their child, but the moment was so significant and life-changing that she felt a duty as a mother to do so.

“I thought long and hard about sharing our life-changing news today,” she began in the caption of her post, attaching a photo of her, the child, and Kaepernick. “I decided to do so because today is the first day in a few weeks where I stepped out for work with a new life title – MOM!

She continued on and shared her excitement over starting a family. The new mother stated, “Colin and I welcomed our amazing baby to the world a few weeks ago, and we are over the moon with our growing family.”

Speaking of the former San Francisco 49ners quarterback, Diab noted that Kaepernick is “the most amazing dad” and she is “soooo grateful that he is by our side for every moment of this journey.”

Diab was open about adjusting to life as a mother in the post, acknowledging that recovering from the delivery has been something to adapt to. “Recovering after delivery has been a journey (more on that later) and honestly I wasn’t going to share anything because this is sooooo personal to us and I realized I’m a complete mama bear,” she said.

Undoubtedly, becoming a parent changes every aspect of life and the 41-year-old is already feeling the differences. Towards the end of the post, she relayed that hopes to connect further with her audience due to her candidness about the birth of her child.

“I know sharing this allows me to connect with you in different ways that I never imagined,” she added. “My conversations and life experiences have already changed. And my world has gotten that much bigger thanks to our sweet little baby, who has shown me how to love in ways I never knew.”

The radio show personality concluded the post by thanking her audience, specifically stating, “Thank you everyone for your support as always. Love, The Kaepernicks.”