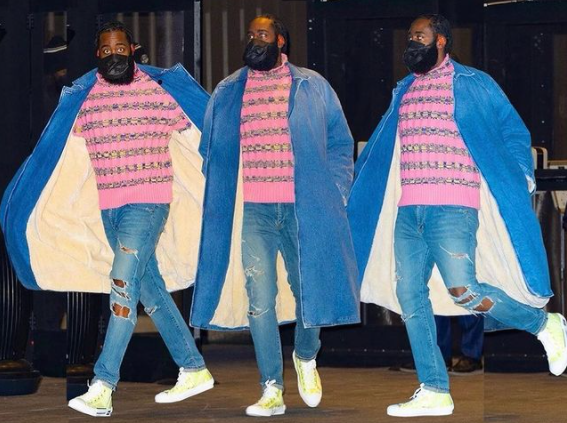 With the trade deadline just a few hours away, the Brooklyn Nets are trading James Harden to the Philadelphia 76ers for Ben Simmons, Seth Curry, Andre Drummond, and two first-round draft picks. It’s a trade that was in the rumor mill for a long time, but now it’s officially a reality.

James Harden was originally traded to the Nets midway through last season, forming a dynamic trio with Kevin Durant and Kyrie Irving. Unfortunately, the three superstars have rarely played on the floor at the same time due to nagging injuries and COVID-19 protocols.

It was reported that Harden has issues with Irving missing so many games due to not being vaccinated. He joined the Nets to win and play with some of the best in the world, but they failed to bring home a title last season and he’s rarely playing with the players he wanted to play with.

RELATED: 20 of the Best NBA All-Stars

That ultimately led to him refusing to sign to a contract extension with the team this past offseason, setting him up to be an unrestricted free agent at season’s end. He was also adamant about joining the 76ers, though he never officially demanded a trade from the Nets.

The 76ers are 32-22 and while they sit in fifth place in the Eastern Conference, it’s clear Embiid needs help – especially with Ben Simmons sitting out this season while he awaited this trade to happen. The 76ers now have some clear direction moving forward and are favorites to win it all.

What Did the Nets Get for James Harden?

Losing James Harden is a big blow for the Brooklyn Nets, but that doesn’t mean it’s all bad for the team. First off, they still have Kevin Durant and Kyrie Irving (kind of) – as well as a full roster of players that are still committed to the same goal. The only player they lost was Harden.

Not only that, but they got an excellent return for a player that wasn’t going to re-sign with the team at season’s end – that’s always a win. They get a mixture of veteran talent and future talent to help build an even better contender behind two of the league’s biggest superstars.

Seth Curry was averaging 15.0 points as a starter for the 76ers this season, which is a career-high for the guard. Andre Drummond is one of the league’s best rebounders when he’s on the floor. And, of course, Ben Simmons is a highly-skilled point guard with few flaws.

Acquiring Ben Simmons gives the Nets a ‘big three’ moving forward, but they also get two future first round draft picks from the 76ers. While they likely won’t be lottery picks, they can easily be used as collateral in future trades or be used on young talent to build around the ‘big three.’

In my eyes, both teams won this trade and it sets both of them up for success moving forward. It’s impossible to replace James Harden, but it’s not like they went home with nothing – which is what would’ve happened this offseason. Now, we await a contract extension with the 76ers.