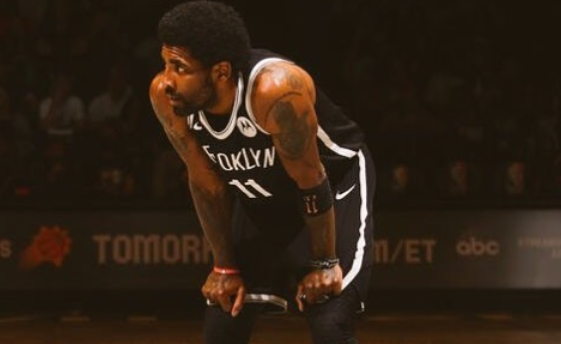 Kyrie Irving hasn’t played a home game all season long due to a New York City mandate that requires all in-person workers of NYC-based businesses to be vaccinated. Irving, who isn’t vaccinated and doesn’t plan on getting vaccinated, falls into that category of workers.

Eric Adams, the Mayor of New York, announced on Sunday that the city is looking forward to March 7th as a possible date to lift vaccination mandates for ‘indoor dining, fitness and entertainment venues.’ This led many to wonder whether or not this will affect Irving’s status.

That means, while Kyrie Irving will be allowed to dine at his favorite restaurants and even attend home games as a spectator, he still won’t be able to play since he would be considered an unvaccinated worker in NYC. It’s an interesting situation that still doesn’t make much sense.

What’s even more confusing about the mandate is that it doesn’t affect players on other teams since they aren’t workers of a New York City-based business. That means unvaccinated opponents of the Nets are allowed to play in the same game that Kyrie Irving isn’t.

This has caused quite an uproar in the NBA community and it’s something even NBA Commissioner Adam Silver can’t make sense of. “This law in New York, the oddity of it to me is that it only applies to home players,” said Adam Silver in an interview on ESPN a week ago.

On Monday, Eric Adams made an appearance on CNBC to talk about the pending changes to the vaccine requirements and, naturally, the Kyrie Irving situation was brought up. Adams was candid in wanting Irving on the court, but stressed how unfair that would be to other workers.

“Listen, I want Kyrie on the court. I would do anything to get that ring. So badly, I want it. But there’s so much at stake here. And I spoke with the owner of the team. We want to find a way to get Kyrie on the court, but this is a bigger issue,” said Adams in the CNBC interview on Monday.

“I can’t have my city closed down again. It would send the wrong message just to have an exception for one player when we’re telling countless numbers of New York City employees, ‘If you don’t follow the rules, you won’t be able to be employed,” added Adams on Monday.

It’s a bizarre situation, but one where everyone has their hands tied. The only thing Adams can do to solve it is lift the New York City mandate preventing Irving from playing, but that would put millions of NYC residents at risk. Since that won’t happen, Irving and the Nets are out of luck.

YOU MAY ALSO LIKE: Mitchell Robinson III’s Father Found After Missing for Two Weeks