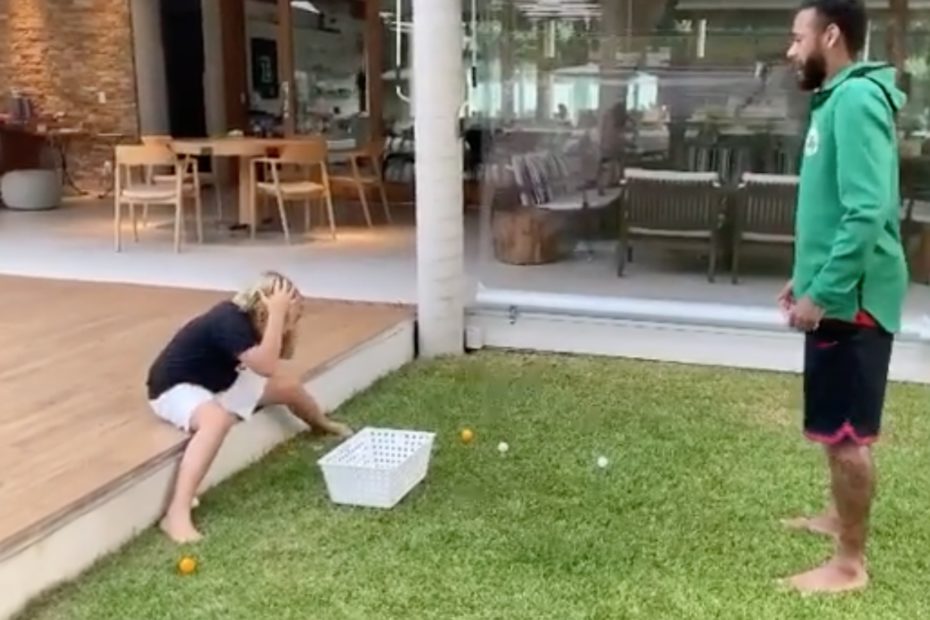 During this strange and unprecedented time, while most of the world is being cooped up in their homes. Some unable to see family at all. It’s important to keep our spirits and morale high and upbeat.

And Brazilian soccer star Neymar da Silva Santos Jr. is using his social media and this special one-on-one time with his 8-year-old son, Davi Lucca da Silva Santos, to not only keep themselves laughing but to keep his 138 million Instagram followers laughing with them.

YOU MAY ALSO LIKE: Soccer Stars Alex Morgan and Servando Carrasco Welcome Their First Child Into the World

Given that his father is one of the best and most well-known professional soccer players in the world, Davi has naturally taken a liking to soccer. And while spending time at home with his dad, the father-and-son duo has been practicing a few drills.

However, as one recent video reveals, Neymar took an opportunity to pull a hilarious prank on Davi, and people are loving it. While practicing header accuracy, Neymar was lobbing ping pong balls at Davi who was using his head to head the balls into the small white basket between them.

But it was the very ping pong ball that wasn’t all it seemed to be. Yeah, you probably guessed it, it wasn’t a ball but rather an egg that splattered on Davi’s head as it made contact. The prank caused the 8-year-old to gasp and then giggle.

The loving dad captioned the video saying, “Day of trolling with the son.”

And other well-known individuals like Rudy Gobert, Justin Bieber, Raheem Sterling, and more thoroughly enjoyed the lighthearted content. Many of the comments included a series of the laughing emojis and some even thanked the soccer star for a much-needed laugh. What kind of pranks have you pulled while in quarantine?