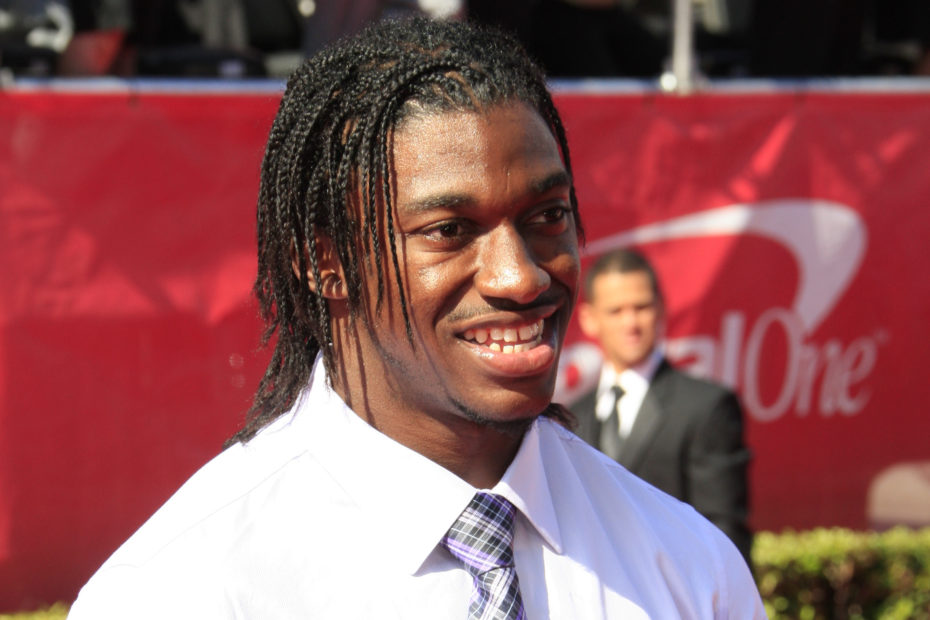 Robert Griffin III established himself as a prominent figure in NFL history when he was selected as the No.2 overall pick of the draft in 2012.

He played with a total of three teams over the span of eight years but hasn’t performed on an NFL field since December of 2020. In the midst of his 2020 season with the Baltimore Ravens, Griffin injured his left hamstring and was promptly placed on the injury list. By 2021, the Ravens waived him from the team and he sought out a different line of work.

Nowadays, the star quarterback spends his time working as an ESPN analyst for college football and the NFL. However, when he made a special appearance during Rich Eisen’s charity event, Griffin proved that he is still a force to be reckoned with.

During the “Rich Eisen Show”, the former Baylor University quarterback participated in the #RunRichRun in which he ran a 40-yard dash. Undeniably, he still has impressive ranks and clocked in at 4.48. Despite being retired, this impressive time was so jaw-dropping that multiple NFL teams reached out to Griffin.

So, how likely is it that the quarterback actually makes a return to the league? According to the man himself, he’s keeping his options open. More specifically, if ESPN him to sign a contract with a team, he wouldn’t be opposed to the idea.

Robert Griffin III discusses a possible return to the NFL

“​​I’m a young guy, 32 years old,” Griffin said, following his appearance at the #RunRichRun event. “We see guys like Tom Brady playing until they’re 45. Now he’s got seven Super Bowl rings, so that kind of plays into that, and I don’t have any.”

He went on to explain that the desire for athletic achievement is still a prevalent part of him, but actually playing professional football is largely dependent on working a deal with his broadcasting company and a team.

The 32-year-old commented, “the desire to play is still there and you know, I’ve just been blessed that ESPN has given me an opportunity to do what I’ve done for the past eight months in the broadcast world while also understanding that I still have a desire to play.”