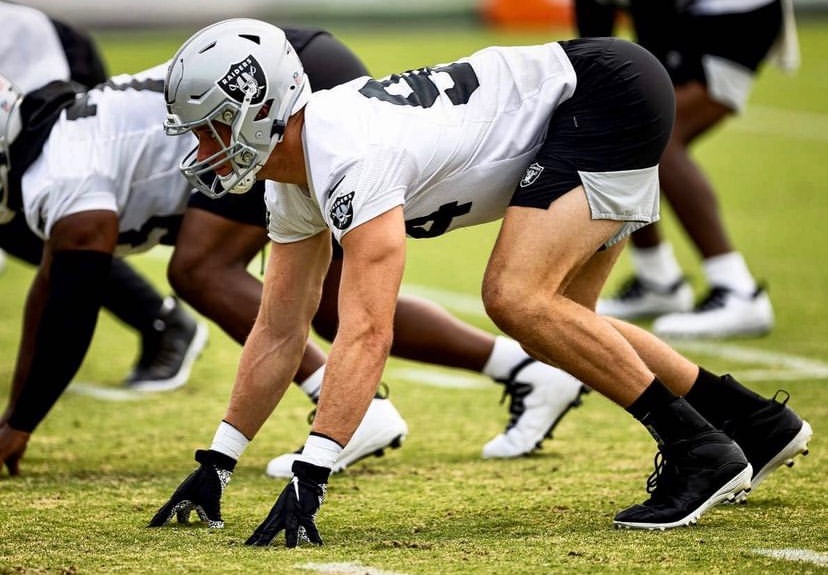 Carl Nassib, 28, Sends His Gratitude to NFL for Their 100k Donation to the Trevor Project

Las Vegas Raiders defensive end player, Carl Nassib, offered his thanks to the NFL for matching his donation to The Trevor Project, a non-profit organization that works to prevent LGBTQ+ youth suicide.

On the 21st of June, Nassib made history by publicly coming out via an Instagram post, making him the first openly gay active player within the NFL. The post entails a video of Nassib at his West Chester, Pennsylvania home, verbally announcing that he is gay.

“I just wanted to take a quick moment to say that I’m gay,” said Nassib. “I’ve been meaning to do this for a while now, but I finally feel comfortable enough to get it off my chest.”

Nassib offered that the reason for his public announcement was because he thinks that, “representation and visibility are so important,” additionally adding “I actually hope that one day, videos like this and the whole coming out process are just not necessary.” The young football player went on to say that he would be donating $100,000 to the organization known as The Trevor Project.

Established in 1998, The Trevor Project is an organization that has actively worked to prevent the suicide of LGBTQ+ children. According to their website, they have trained counselors working a lifesaving hotline 24/7.

Nassib received an endless amount of positive feedback following his announcement. Roger Goodell, NFL commissioner, said in a statement regarding Nassib, “The NFL family is proud of Carl for courageously sharing his truth today. Representation matters. We share his hope that someday soon statements like his will no longer be newsworthy as we march toward full equality for the LGBTQ+ community.”

However, perhaps the best reaction came from the NFL as a whole. On Tuesday, in response to Nassib coming out, the league announced they would also be donating $100,000 to The Trevor Project.

The post reads, “The NFL is committed to year-long efforts around diversity, equity, and inclusion. We proudly support the LGBTQ+ community and will continue to work alongside the Trevor Project and our other community partners to further enhance our collective work and commitment to this space.”

The caption also stated, “We stand with you, Carl.”

After the NFL made this announcement, Nissab had some powerful words to say in response. In an Instagram story, the athlete said, “This is incredible. Thank you to everyone who has been donating to @trevorproject. Y’all are saving lives.”