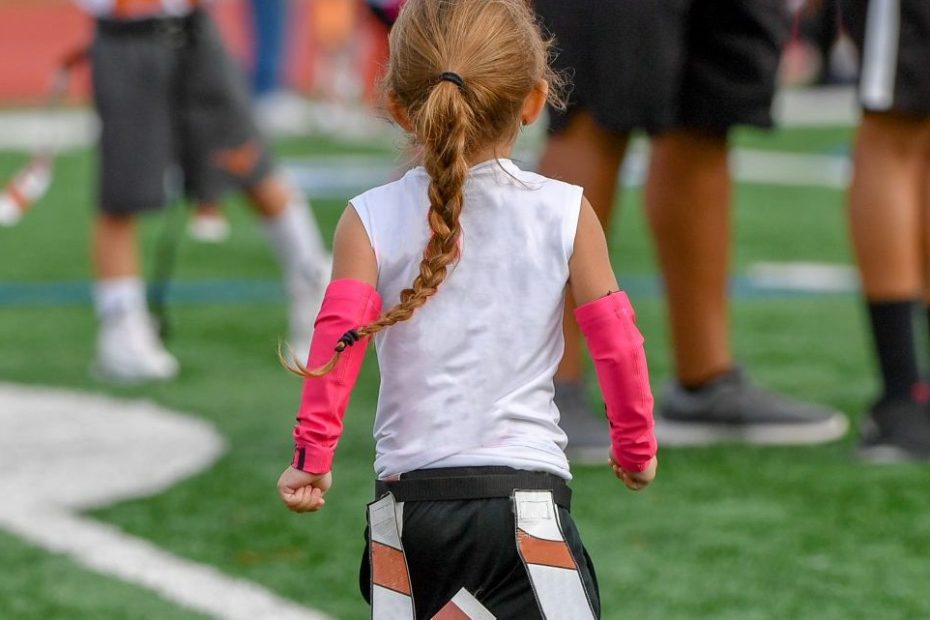 NFL Teams Up With Nike Wanting To Bring Girls Flag Football To Every High School In The US: ‘Girls Flag Demonstrates That Football Is For All’

NFL Teams Up With Nike Wanting To Bring Girls Flag Football To Every High School In The US: ‘Girls Flag Demonstrates That Football Is For All’

What happens when you put Nike and the NFL on the same team? In this case, you get a $5 million grant initiative to grow the sport of flag football at high schools.

“Nike and the NFL pledge $5 million to help bring girls flag football to every high school in America,” the ending of the Nike promotional video for this announcement reads.

Here’s the list of what the NFL, Nike flag football grant entails (per a NFL Communications press release):

“The expansion of girls flag football is essential to the growth of the game and preservation of the values it has contributed to society for decades,” Troy Vincent, NFL executive vice president of football operations, said. “Girls flag demonstrates that football is for all, and the greater the participation, the stronger the game, and the more young women can build the transferrable skills football provides for achieving success in life.”

In the YouTube description of the promotional video, it also mentions that Nike is launching a women’s flag football uniform.

Ndamukong Suh, who happens to be in Florida (the state that will first get the grant) and will be playing in the Super Bowl with the Bucs in Tampa, is excited about this initiative:

With more opportunity for girls to play football in high school, that could means more opportunities potentially to play in college! The NFL Football Operations recently Tweeted that there was a NAIA showcase where “high schoolers put their skills on display in front of NAIA coaches for a chance to play girls flag football in college”.

Six states down. Forty-four more states to go for Nike and the NFL.