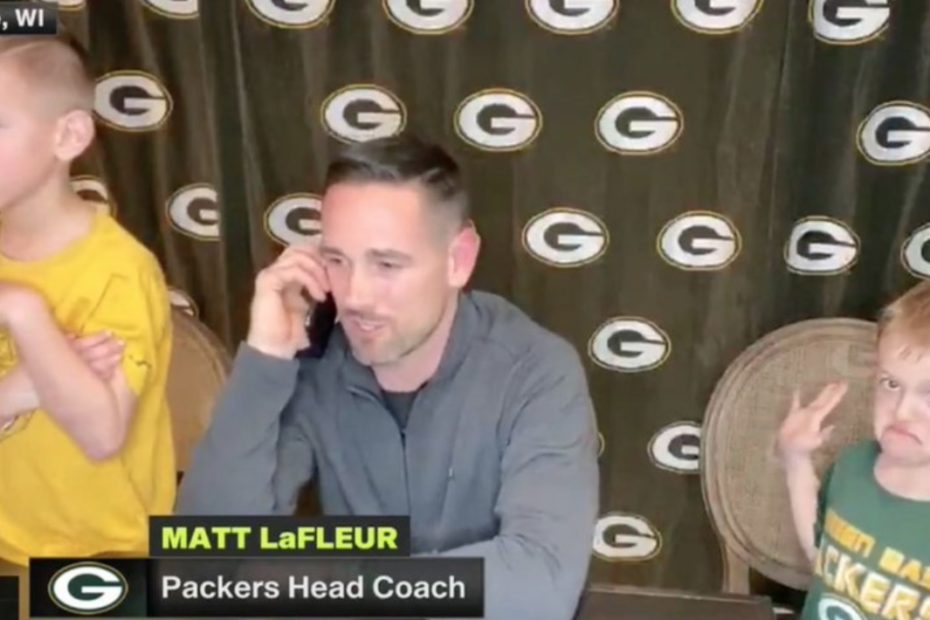 Last week, for the first time ever in history, the NFL draft was done virtually. Meaning head coaches, general managers, and other front office personnel made their draft picks from the comfort of their own homes.

And as a result, not only did we get to see hopeful athletes’ dreams come true, but we also got to see coaches, managers, and owners enjoying this special time with their children and families sitting next to them.

RELATED: NFL Draft Will Still Take Place in April, Just Virtually, But Will Still Be Televised

As it turns out, one of Gase’s young sons can solve a Rubik’s Cube before the NFL finished the third round of the draft.

While making picks with the women in his life standing proudly behind him, football fans also learned that Zimmer has quite the taste in animal head decor.

Gruden clearly has a supportive bunch of family members and fans got to see that first hand. Something they also got to see first hand, his draft board. Yikes.

At one point in the draft, O’Brien was not happy with whatever was going on on the other end of the phone, but that didn’t seem to phase one of his son’s one bit.

McDermott and his son were very relaxed during the third round of the Draft. So relaxed, that as Bradley Gelber pointed out, he almost looked like a viewer.

Welp, they say a picture is worth a thousand words, but we have very few to explain what is going on in this screenshot of Vrabel’s makeshift draft room. But it looks like Vrabel and his kids sure know how to have some fun!

While Caserio was surrounded by his little ones, Belichick was nowhere to be found. Who could be found in Belichick’s makeshift draft him was his doggo Nike. And it was Nike who ended up making this particular pick for the Patriots. He got a treat for a job well done.

Well, Yahoo! Sports pretty much summed up this screen shot, but how cute are LeFleur’s kiddos.

You know who was very excited to be next to their dad on draft day, Flores’ sons. And one of them was also pretty stoked to see himself on TV as well.

Fans got to see Shanahan and his family more before the draft than during when he gave 49ers a tour of his home, which revealed his kids homeschooling during stay-at-home orders and the run down of his set up for the draft.

How sweet was DeCosta’s children’s reaction to the Ravens drafting linebacker Patrick Queen? As soon as DeCosta sealed the deal with Queen, he celebrated with a hug from his three kids! Is anyone else’s heart melting?

When it comes to doing what you love, it has to make it 10-times better doing it next to someone you love, like your kids!