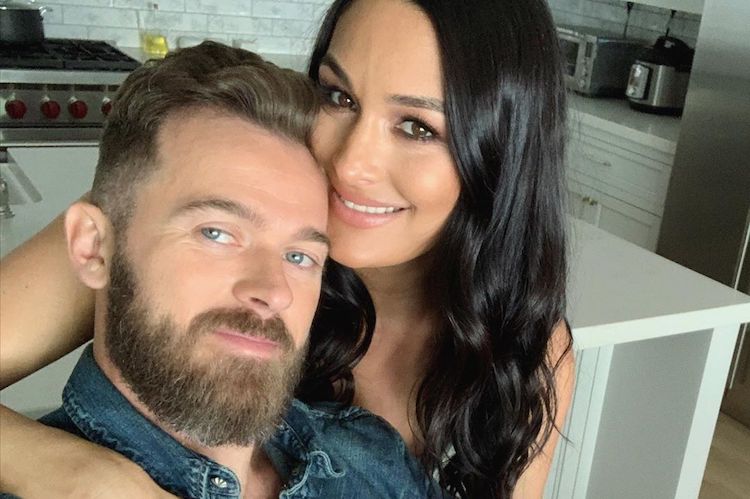 WWE’s Nikki Bella might be taking some time away from the ring following the birth of her six-week-old son, Matteo, but that doesn’t mean she’s not still training. Sleep training, that is. The wrestling star revealed that she and husband, Artem Chigvintsev, have been working on sleep training their baby recently.

In a series of social media posts, the new mom shared how the process has been going so far and, in the process, offered fans more photos of her adorable newborn.

Nikki Bella might not be training for the ring, but she’s putting in the work nonetheless.

“Say, ‘I’m starting sleep training today. And my mommy’s putting me through the ringer,'” Nikki playfully says to Matteo in a new video along with a picture of her baby. “‘Waking me up, putting me down, telling me when to feed, doing activities.’ But you’ve been doing so good, my love.”

“Here’s to eventually sleeping through the night!” she added in the caption along with a shoutout to her husband, “@theartemc ….. he’s SO you’re mini!! PS the sunlight shining right on my little man makes him look so blonde!”

In a recent interview with Good Morning America, Chigvintsev discussed his experience on Dancing with the Stars and was also asked about his new role as a father. He explained that parenthood, “has been the most incredible feeling.”

“Nicole and I are just obsessed. I just didn’t know that I could have so much love to give. It’s just incredible,” said the new dad, before joking that Matteo “literally owns us.”

One “challenging” way that the new dynamic has substantiated has been overnight when the Total Bellas star is up “every hour and a half” to feed their newborn.

“What sleep? Do people really sleep?” Chigvintsev quipped in a People interview. “I really feel bad for Nicole, because he’s a really good eater. So he’s been on it.”

In a recent episode of The Bellas Podcast, which also features Nikki’s twin sister Brie Bella, Nikki opened up even more about the struggles of parenting now that her husband had returned to work.

“Artem is on Dancing With the Stars and that has left me alone with Matteo. And, because of COVID too, I don’t have any help. It’s just me,” she said. “I do get a little help from Brie and [Brie’s husband Daniel Bryan], which, they’ve been amazing.”

YOU MIGHT ALSO LIKE: For the First Time Ever, There Are THREE, Yes 3, Moms Competing in the Semi-Finals of the US Open

We’re sure this new mom misses the helping hands while her husband is away. In August shortly after Matteo’s birth, she said, “I don’t know how I would do all this without him. He’s very attentive. He will wake up at any moment if I need a break. He’ll hold Matteo, change diapers, anything I need. He never complains. He’s always helpful.”

If you’ve seen Bella in a wrestling match, you know that she’s tough and is not one to turn away from a fight. Sleep training is difficult for just about every parent. However, we know that Nikki has got what it takes.