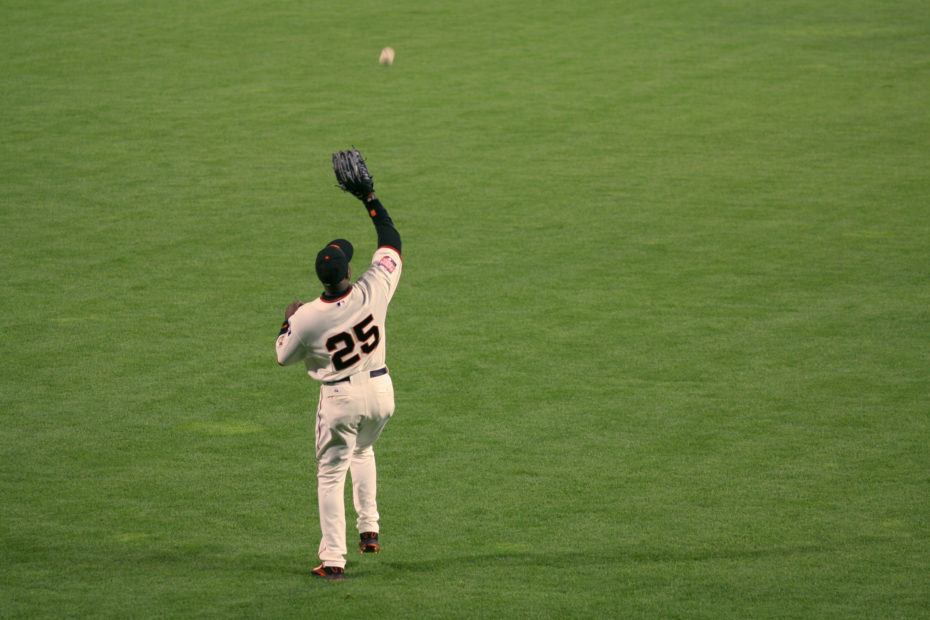 Nobody Voted Into Baseball Hall Of Fame In 2021 Class

Nobody Voted Into Baseball Hall Of Fame In 2021 Class

You may remember Derek Jeter getting voted into the Baseball Hall of Fame in 2020, with only one voter not voting him in as he was “named on 396 of the 397 ballots submitted, getting 99.7% of the vote” per MLB.com.

Jeter will join Larry Walker, Ted Simmons, and Marvin Miller, who were also voted in last year, for the 2020 Class ceremony this summer as its originally planned 2020 ceremony was postponed according to MLB.com.

RELATED: People Remembering, Honoring MLB Hall Of Fame And Home Run Champion Hank Aaron: ‘We Celebrate His Life Confronting Racism Fearlessly And Honor His Commitment To Civil Rights And Service To All’

But, this year, there won’t be any new Hall of Fame members joining them as part of the 2021 class. That hasn’t happened in decades.

According to ESPN: “For the first time since 1960, the membership of the National Baseball Hall of Fame will remain frozen. No player on the Hall’s 2021 Baseball Writers’ Association of America ballot reached the 75% threshold needed for enshrinement in Cooperstown. The results of the voting were announced by Hall of Fame president Tim Mead on MLB Network on (January 26).”

Here were the results of the Hall of Fame ballots:

As you can see, per Sportsnet Stats, Curt Schilling was the closest to that 75-percent to get into the Hall of Fame.

Barry Bonds and Roger Clemens would be shoo-ins if it wasn’t for their ties to allegedly using performance-enhancing drugs (PEDs) in their MLB careers. ESPN states “Bonds has denied knowingly using PEDs, while Clemens has denied their use altogether”.

Schilling wrote a letter to the Hall of Fame that he shared on Facebook.

“I can say at this point I am mentally done, I know math and I know trends and I know I will not attain the 75% threshold for induction,” Schilling said. “As I’ve stated often over the past years to those I’ve spoken with in my heart I am at peace. Nothing, zero, none of the claims being made by any of the writers hold merit. In my 22 years playing professional baseball in the most culturally diverse locker rooms in sports I’ve never said or acted in any capacity other than being a good teammate.”

ESPN details why Schilling may not be getting the vote, because of “backlash against Schilling’s public and social media comments appear(ing) to be limiting his support. Among Schilling’s more controversial statements were a 2016 tweet, later deleted, in which he appeared to endorse the lynching of journalists…Schilling was fired as a baseball analyst by ESPN after posting a derogatory message on social media about transgender people.”

The three-time World Series champion went on to talk about the writers and reporters who talked to him after games.

“My love of this country has always been worn on my sleeve,” Schilling said. “My desire to do the right thing and be a good person has driven most of my life choices. I stood at my locker 400+ times after my starts and took every question and answered honestly. Those people who stood there asking the questions KNOW what they are claiming is untrue yet they quote, re-quote and link to one another story after story that began as lies and grew into bigger ones.”

The World Series MVP acknowledged that baseball doesn’t “want (him) back”.

“The game has made it clear it does not want me back and that’s fine, the game owes me exactly nothing,” Schilling said. “It gave a billion more times than it took and I’ll forever be deeply in debt to it. My desire to work with and teach young men the art of pitching will be tucked away…But as I watch my wife battle cancer and go through the grueling soul crushing process of chemotherapy and see her hurt every time some idiot writes another hit piece linking to other hit pieces, none rooted in any sort of truth but rather story after story of ‘what he meant was’ and ‘what he’s saying is’ and ‘that’s a dog whistle for’ all the while providing zero actual acts or quotes of the claims being made I can’t help but to go into deep conversation with my father.”

There’s a lot more in the letter that you can read on his Facebook post. Schilling talked about “requesting to be removed from the ballot”.

“I wanted to reiterate this final point,” Schilling said. “I will not participate in the final year of voting. I am requesting to be removed from the ballot. I’ll defer to the veterans committee and men whose opinions actually matter and who are in a position to actually judge a player. I don’t think I’m a hall of famer as I’ve often stated but if former players think I am then I’ll accept that with honor.”

Already looking ahead to 2022 to see if someone may actually get voted in then? Here’s a full list of the “2022 potential Hall of Fame ballot” on Baseball-Reference.