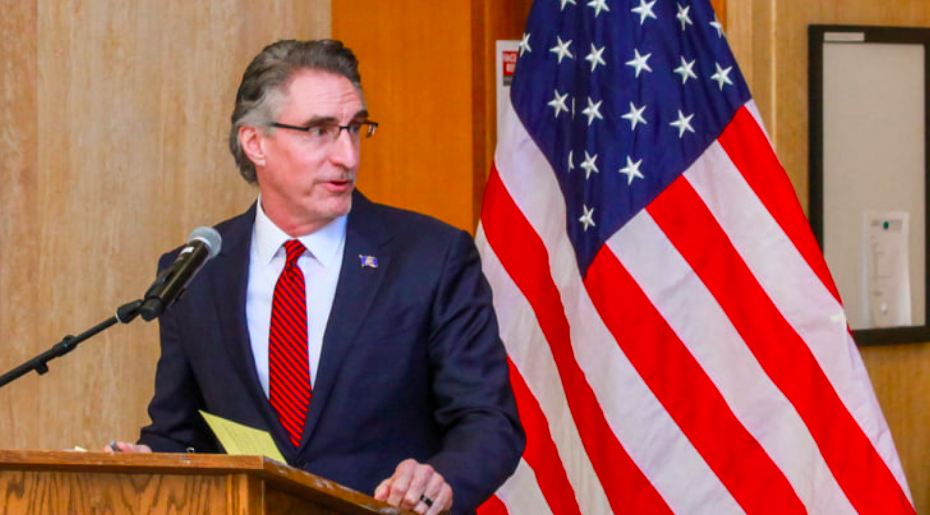 A bill that was set to be passed in North Dakota recently was vetoed by its governor according to multiple reports.

According to The Bismack Tribune’s Jack Dura, “(North Dakota Governor) Doug Burgum on Wednesday (April 21) vetoed a bill restricting transgender girls in K-12 sports. The bill had passed the House 69-25 and the Senate 27-20 after conference committee amendments.”

The Bismack Tribune’s Dura describes what the bill was: “House Bill 1298, brought by Rep. Ben Koppelman, R-West Fargo, sought to prohibit public elementary and secondary schools from ‘knowingly’ allowing a student to participate on a school-sponsored athletic team exclusively for their opposite sex. The bill does allow girls to play on boys sports teams. The bill also included an optional 2021-22 interim study of the impact of the bill on student athletic events. Any findings and recommendations would go to the 2023 Legislature.”

RELATED: NFL Teams Up With Nike Wanting To Bring Girls Flag Football To Every High School In The US: ‘Girls Flag Demonstrates That Football Is For All’

The bill brought up mixed responses.

Those who support the bill:

According to Dura: “Supporters say the bill ensures fairness in girls sports…The Concerned Women for America of North Dakota had urged Burgum to sign the bill, saying it would ‘protect biological girls who train and work hard to excel in their chosen sport.’”

Those who are against the bill:

According to Dura: “Opponents say the bill discriminates against transgender youth and risks inviting litigation and repelling sports tourism…The North Dakota Human Rights Coalition, Tri-State Transgender, the state Democratic-NPL Party and the American Civil Liberties Union all had urged Burgum to veto the bill, calling it discriminatory and unconstitutional.”

Per Willis: “Burgum said there has been ‘not a single recorded incident’ of a transgender girl attempting to play on a girls sports team in North Dakota, and noted that changing the policy under the NDHSAA would not apply to private or tribal schools, meaning that the bill itself could create an unlevel playing field.”

But, supporters of the bill disagree.

According to the Star Tribune’s James MacPherson: “Supporters say the legislation would ensure fairness in girls sports and support Title IX, a 1972 federal law that protects people from sex-based discrimination in school activities that receive federal money.”